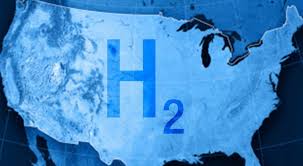 Technologies that reduce carbon emissions are one of the most effective targets for the trillions of dollars of spending tied to coronavirus relief programs, more than 200 central bankers, Group of 20 finance ministers and top academics concluded in a study released this week.
There are three sets of clean power technologies that policymakers can focus on, each at varying stages of development. Most advanced are wind and solar, which are already cheaper to build than conventional energy almost everywhere in the world and in many places are even cheaper than operating existing fossil-fired generators.
The best way for governments to increase the share of wind and solar generation is probably to encourage the build-out of transmission networks and reform power markets to reduce the advantages of fossil fuels, while leaving actual financing and construction to private investors.
Next there are lithium-ion batteries. These are at an earlier stage of development and not quite competitive with existing technologies. In most places it still costs more to provide peaking power to the electricity grid with a back-up battery than with a gas turbine, and the cost of an electric car is substantially more than a gasoline-driven equivalent.
Even there, though, they’re making inroads: Electric vehicles are far cheaper to operate than conventional ones, and batteries big enough to capture peak evening power demand can already compete with gas when integrated with wind and solar generators. As a result, batteries are well on the way to undercutting conventional technologies by the middle of this decade.
It’s tempting to conclude that the fundamentals for clean energy are so positive that it barely needs support. That overlooks the fact that power generation and passenger cars are a surprisingly small share of the world’s emissions.
If both sectors were fully switched to zero-carbon power tomorrow, we’d still have eliminated only about 40% to 50% of our carbon output. Another 25% comes from land use and agriculture — but the place where governments could make the biggest difference is the 20% of emissions that come from industrial activities.
It’s the third technology that has the most potential here. Green hydrogen — produced by splitting water molecules apart with a renewable-powered electric current — is at a similar stage of development to wind and solar in the mid-2000s.
Hydrogen has potential in an array of industrial uses where traditional renewables are unsuitable, such as steelmaking, cement and heavy trucking. If stored underground, it could even provide back-up power for electricity grids.
BloombergNEF estimates that hydrogen could meet 24% of the world’s energy needs by 2050, with annual sales of $200 billion to $700 billion. At the higher end, that’s almost half the size of the current oil market, where turnover is typically in the region of $1.5 trillion or more a year.(1)
There’s just one problem: the vast amount of power needed to produce it. BloombergNEF estimates it would take 31,320 terawatt-hours of electricity to hit its 24% target. That’s more than the roughly 26,000 TWh that the entire world generated from all sources last year, of which just 10,000 TWh came from zero-carbon sources. Wind and solar make up less than 3,000 TWh.
If that seems impossibly ambitious, it’s worth remembering that renewables competing with fossil fuels on cost also seemed pie-in-the-sky until quite recently. Economist Nicholas Stern’s influential 2006 review of climate economics argued it shouldn’t be expected to happen until the 2030s at least.
What changed is the array of government-backed demand-inducing policies through the 2000s and 2010s, which gave strong incentives to build more wind and solar capacity, such as Germany’s feed-in tariffs for solar and the U.S. renewable portfolio standards for wind. These were probably more important than research and development spending in getting renewables off the ground. Once a technology is relatively mature, the best way to bring down costs isn’t to make laboratory breakthroughs, but to just build much bigger factories.
What would such a policy look like for H2? Governments should provide subsidies to bring the cost of green hydrogen below conventional sources of energy. The trucking, steel and cement industries should be given mandates forcing them to switch, say, 30% of production to hydrogen power by 2030. Subsidies over the next decade will need to total $150 billion, according to BloombergNEF — but that’s relatively small in the context of trillions of stimulus spending.
If such policies can set green hydrogen on the same virtuous circle of demand increases and cost declines, it will start making inroads into other sectors, such as fertilizer manufacturing, grid energy storage and shipping fuel. It might even offer a way out for the world’s stricken oil companies, whose infrastructure and expertise could be transferred from a sunset industry to a new growth field.
Green hydrogen won’t solve all our problems. In the short term, stimulus money is probably best spent on humdrum activities that get less-skilled labor moving, such as insulating houses and installing them with solar panels. In the long term, though, hydrogen offers a way out of our triple crisis of weak post-coronavirus demand, a foundering energy sector, and climate change.