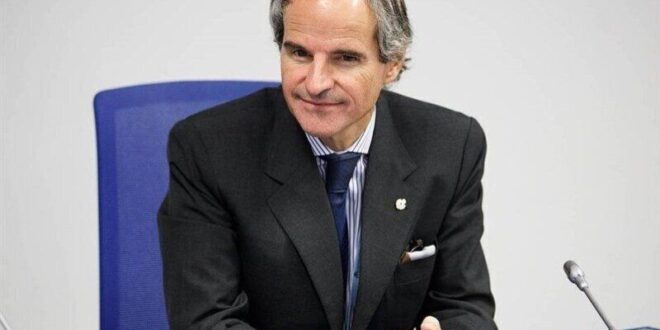 Referring to Iran’s compensatory measures in response to the recent BoG anti-Iran resolution, IAEA chief Grossi said that the IAEA-Iran ties need to get back on track.
“We don’t seem to be seeing eye-to-eye with Iran over their obligations to the IAEA,” Director-General of the International Atomic Energy Agency (IAEA) Rafael Grossi told a conference in Rome, adding that he was concerned over a recent announcement by Tehran that it was boosting its enrichment capacity.
“We need to put our relationship back on track,” he added.
Grossi claimed that the talks appeared to have stalled. “At the moment it does not seem to have the momentum it needs to (get) back to life,” he asserted.
He added that he was concerned by Iran’s announcement last month that it had begun enriching uranium to 60% purity at its Fordow nuclear plant, Reuters reported.
Pointing to Iran’s response to the resolution issued at IAEA’s Board of Governors, AEOI chief Mohammad Eslami said that the AEOI has created a new capacity in Fordow and Natanz nuclear plants in line with the implementation of the law of Strategic Action Plan on the Removal of Anti-Iran Sanctions for Protecting People’s Rights.
Of course, all these measures were taken within the framework of rules and regulations of the IAEA, he emphasized.
Iran has repeatedly said that it is not seeking nuclear weapons, stressing its nuclear technology is solely for civil purposes.