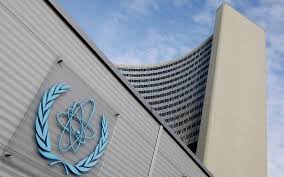 Iran’s permanent representative to the Vienna-based International Organization Mohammad Reza Ghaebi said on Sunday that a new report by the IAEA has removed one of the Iranian locations under question from the list of remaining issues.
The new report, issued by IAEA Director-General Rafael Grossi, is due to be read out in a seasonal meeting of the agency’s Board of Governors which will begin on Monday.
Ghaebi said that the report also welcomes a joint statement on Saturday by Grossi and Head of Atomic Energy Organization of Iran Mohammad Eslami.
Earlier on Sunday, Iran’s top negotiator Ali Bagheri Kani and Deputy EU foreign policy chief Enrique Mora met in Vienna on Saturday as the eighth round of talks between Iran and the five world powers are underway in the Austrian capital city.
Bagheri Kani and Mora have held several meetings.
Earlier, the Iranian top negotiator also met with his counterparts from three European countries participating in the talks, namely Britain, France, and Germany.
The talks to lift the anti-Iran sanctions began on December 27, 2021, one of the lengthiest rounds of such talks, and have now reached a point that their success or failure merely depends on the political decisions of the western sides. If the western sides adopt decisions of which they are well aware, the few remaining issues can be resolved within the next few days and a final agreement is near at hand.