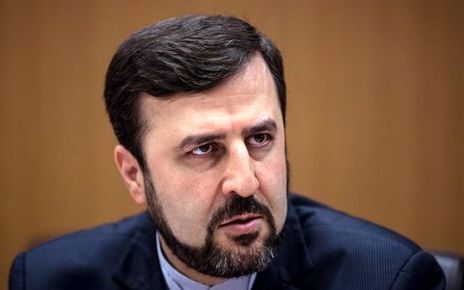 IAEA should Fulfill Responsibility to Condemn Terrorist Attach against Fakhrizadeh

Iran’s Ambassador to the Vienna-based international organizations Kazem Gharibabadi says the International Atomic Energy Agency (IAEA) should fulfill responsibility to condemn terrorist attack against Iranian scientist Mohsen Fakhrizadeh.
Gharibabadi made the remarks while speaking to reporters on Monday.
The ambassador criticized the IAEA for keeping silent on the issue.
Fakhrizadeh- head of the Research and Innovation Organization of Iran’s Ministry of Defense- was assassinated on November 27 when a car bomb exploded near his vehicle and an automatic machine gun opened fire on him afterwards, according to Iranian Defense Minister.
IAEA is responsible for taking due stance on a country which hosts the Agency’s supervisors more than any other states and has the most transparent nuclear program through fulfilling different commitments; meanwhile, this country’s scholars are under threat or are assassinated and its nuclear sites are exposed to military threats.
Commenting on the IAEA Director General Rafael Mariano Grossi’s remarks that no one including Iran will gain anything after reducing the inspections, Gharibabadi said the Agency is first expected to declare its stance on the terrorist act clearly.
“We understand the distress but at the same time it is clear that no-one, starting with Iran, would have anything to win from a decrease, limitation or interruption of the work we do together with them,” Grossi said according to French new network France 24.
Earlier on Monday, Iranian Defense Minister Brigadier-General Amir Hatami warned that crimes, assassinations and foolish terrorist acts will not remain unanswered.