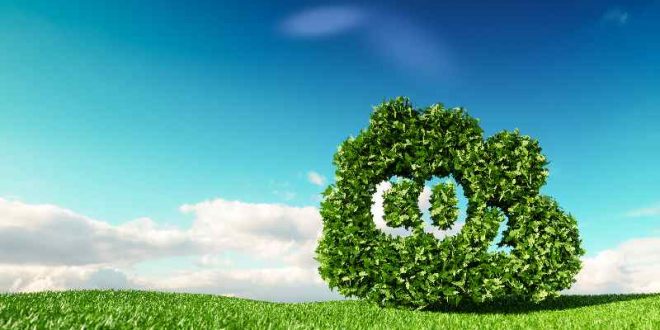 With the pathway set out in its Roadmap to Net Zero by 2050 – published in May – providing an integral part of the analysis, the IEA says the WEO 2021 is designed to serve as a handbook for the COP26 climate change conference in Glasgow “at this vital moment for the clean energy transition and climate action”. It says the new report highlights the need for an “unmistakaable signal of ambition and action” from governments in Glasgow. For the first time, the IEA is making the publication freely available online.
The Net Zero Emissions by 2050 Scenario (NZE) sets out what needs to be done to move beyond announced pledges towards a trajectory that would reach net-zero emissions globally by 2050. As well as this scenario, the WEO 2021 explores two others: the Stated Policies Scenario (STEPS) – representing a path based on the energy and climate measures governments have actually put in place to date, as well as specific policy initiatives that are under development – and the Announced Pledges Scenario (APS) – which maps out a path in which the net zero emissions pledges announced by governments so far are implemented in time and in full.
In the STEPS scenario, almost all of the net growth in energy demand through 2050 is met by low-emissions sources, but that leaves annual emissions still around today’s levels. As a result, global average temperatures are still rising when they hit 2.6°C above pre-industrial levels in 2100. In the APS scenario, demand for fossil fuels peaks by 2025, and global CO2 emissions fall by 40% by 2050. All sectors see a decline, with the electricity sector delivering by far the largest. The global average temperature rise in 2100 is held to around 2.1°C.
Global electricity generating capacity in the STEPS scenario more than doubles from 7782 GWe in 2020 to 17,844 GWe in 2050. While capacity of renewable sources jumps from 2989 GWe in 2020 to 11,692 GWe in 2050, capacity of unabated fossil fuel plants increases slightly from 4361 GWe to 4555 GWe over the same period. Nuclear generating capacity increases from 415 GWe to 525 GWe between 2020 and 2050, with output increasing from 3115 TWh to 3711 TWh.
In the APS scenario, global generating capacity in 2050 rises to 22,795 GWe, with renewables accounting for 16,514 GWe of this, nuclear 641 GWe and unabated fossil fuels 3207 GWe.
The NZE scenario sees total generating capacity reaching 33,415 GWe in 2050, of which renewables account for 26,568 GWe, nuclear 812 GWe, hydrogen and ammonia 1867 GWe and unabated fossils fuels 677 GWe.
“The differences between the outcomes in the Announced Pledges Scenario and the Net Zero Emissions by 2050 Scenario are stark, highlighting the need for more ambitious commitments if the world is to reach net-zero by mid-century,” the IEA says.
Decisions on nuclear

“The outlook for nuclear power depends on decisions yet to be made about both existing reactors and new construction,” the IEA notes. “Over the next decade, the expansion of nuclear power is largely determined by the nearly 60 GW of capacity under construction in 19 countries at the start of 2021. China, Russia and Korea have successfully constructed many recent projects in five to seven years both at home and abroad, so it is possible that some additional reactors that start construction before 2025 could be completed by 2030.
“Beyond 2030, there are over 100 GW of planned projects that have not yet broken ground and several times that proposed individually or through policy targets. There is more uncertainty about the pace of retirements for existing reactors, with many ageing reactors in the United States, Europe and Japan in need of additional investment (and new regulatory approvals in some cases) to extend their operational lifetimes. Lifetime extension decisions also face challenging market conditions, rigorous safety checks and social acceptance issues.”
The IEA says innovative nuclear power technologies – such as small modular reactors – could offer shorter construction and approval times for new capacity, as well as expanding opportunities for nuclear power beyond electricity, for example for heat and hydrogen production. However, it says “innovation efforts need to be accelerated to improve their prospects.”
Commitments needed

Getting the world on track for 1.5°C requires a surge in annual investment in clean energy projects and infrastructure to nearly USD4 trillion by 2030, the IEA estimates. Some 70% of the additional spending required to close the gap between the APS and NZE is needed in emerging market and developing economies.
The report stresses that the extra investment to reach net-zero by 2050 is less burdensome than it might appear. More than 40% of the required emissions reductions would come from measures that pay for themselves, such as improving efficiency, limiting gas leakage, or installing wind or solar in places where they are now the most competitive electricity generation technologies.
“The world’s hugely encouraging clean energy momentum is running up against the stubborn incumbency of fossil fuels in our energy systems,” said IEA Executive Director Fatih Birol. “Governments need to resolve this at COP26 by giving a clear and unmistakable signal that they are committed to rapidly scaling up the clean and resilient technologies of the future. The social and economic benefits of accelerating clean energy transitions are huge, and the costs of inaction are immense.”

Previous Oil Consumption to Reach Its Peak after 2025
Next IEA: Energy Transition to Renewable Energy Too Slow