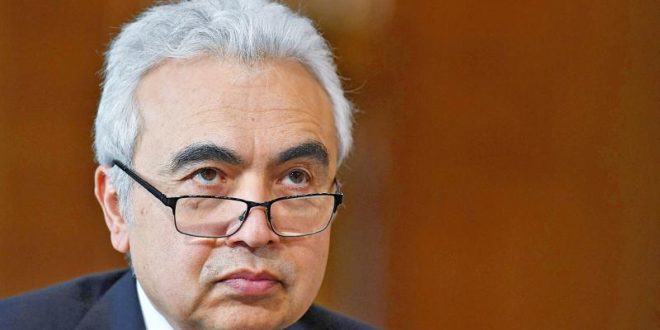 A global transition to “clean energy” is still far too slow to meet climate pledges and risks fueling even greater price volatility, the International Energy Agency (IEA) said yesterday.
“We are not investing enough to meet future energy needs and the uncertainties are setting the stage for a volatile period ahead,” IEA executive director Fatih Birol said. “The social and economic benefits of accelerating clean energy transitions are huge, and the costs of inaction are immense.”
In its annual World Energy Outlook report — published just weeks before the COP26 summit in Glasgow, Scotland — the IEA said that investment in clean energy projects and infrastructure would need to be more than trebled over the next decade if those pledges are to be met.
The IEA said that renewable sources such as wind and solar energy continued to grow rapidly, and electric vehicles set new sales records last year, even as economies were bent under the weight of COVID-19 lockdowns.
However, “this clean energy progress is still far too slow to put global emissions into sustained decline towards net zero” by 2050,” it said.
The agency analyzed two possible scenarios.
The first looked at the measures governments had already put in place or specific policies they were developing.
Under this scenario, temperatures in 2100 would be 2.6°C higher than pre-industrial levels, it said.
The second looked at promises made by some governments to achieve net-zero emissions, which would see a doubling of clean energy investment and financing over the next decade.
If these pledges were fully implemented in time, global carbon emissions fall by 40 percent by 2050, the IEA said.
Here, the global average temperature increase in 2100 would be about 2.1°C, which would represent an improvement, but would still be way above the 1.5°C agreed under the Paris Agreement, it said.

Previous IEA Calls for Commitments at COP26 to Reach Net-Zero
Next Putin: $100 Oil is Quite Possible