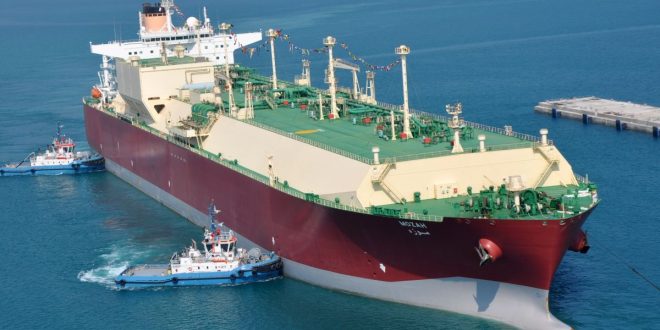 IGU: Qatar Among Six LNG Export Markets with 90% Plus Liquefaction Capacity Utilisation in 2020

Qatar is among six LNG exporting markets that have achieved utilisation rates of more than 90% liquefaction capacity in 2020, according to the International Gas Union (IGU).
Global liquefaction capacity reached 452.9mn tonnes per year (mtpy) at the end of 2020 and the utilisation rate was 74.6% on average compared to 81.4% in 2019, noted ‘IGU World LNG report – 2021 Edition’.
Compared with 2019, year 2020 saw a decline in average global liquefaction capacity utilisation from 81.4 % to 74.6%. This was largely due to lacklustre demand from a warmer winter in the Northern hemisphere exacerbated by the Covid-19 pandemic amid oversupply of gas.
Moreover, a sustained period of lower LNG prices and increased competition among gas supply sources eroded margins and put pressure on gas and LNG producers.
The US suffered a disproportionate decline in liquefaction capacity utilisation, primarily due to its flexible commercial arrangements that give off-takers the right, but not obligation, to lift cargoes.
Utilisation in the US dropped from 96.9% in 2019 to 76.5% in 2020. In fact, feed gas deliveries to the six major US LNG export terminals plunged to their lowest level since the beginning of 2020 in June amid a wave of cargo cancellations due to weak market conditions.
The largest declines in exports were seen at Sabine Pass LNG and Corpus Christi LNG, primarily due to weak margins and the flexibility provided in the commercial structure of US LNG contracts.
However, utilisation rates in the US recovered quickly in the last months of 2020. Several factors, including increased LNG demand due to a cold winter in key Asian and European markets as well as unplanned outages in prime LNG export markets caused LNG prices to soar.
This led to an increase in LNG exports from the US, which drove utilisation to new records in December 2020.
IGU noted that Qatar Petroleum has taken the final investment decision for the North Field East (NFE), the world’s largest LNG project, which will raise Qatar’s LNG production capacity from 77mn tpy to 110mn tpy.
The project involves the construction of four new LNG mega-trains with a capacity of 8mn tonnes per year (mtpy) each. With the NFE project progressing, this will reposition Qatar as the world leader in terms of liquefaction capacity, overtaking Australia who currently has the most liquefaction capacity.
On LNG inter-regional trade, IGU said the largest global LNG trade flow route continues to be intra-Asia Pacific trade (84.3mn tonnes), driven mainly by continued ramp up in exports from Australia into Japan (29mn tonnes) and South Korea (8mn tonnes).
Most of the remaining supply out of Asia Pacific ended up in Asia, as was the case in 2019, being the second largest LNG trade flow in 2020 – 46.4mn tonnes with 29.7mn tonnes from Australia to China alone.
The third largest trade flow is from the Middle East to Asia Pacific at 33.9mn tonnes – with most of those supplies being exported from Qatar. There also significant flows from the Middle East to Asia at 33.1mn tonnes, driven mostly by volumes from Qatar and the UAE to India and Pakistan.