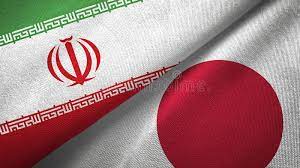 Iranian Oil Minister Javad Owji and Japanese Foreign Minister Yoshimasa Hayashi in a meeting stressed the need for enhancing Tehran-Tokyo cooperation.
Stating that Iran can play an important role in Japan’s energy supply, the Iranian oil minister called for boosting the level of economic cooperation between the two countries.
“Japanese companies are very well-known in Iran, and this is a valuable cause for the development of cooperation between the two countries,” Owji added.
He also noted that a comprehensive program for the development of the oil industry has been designed in the current Iranian administration, with the prediction of attracting 160 billion dollars of investment in eight years and bringing the level of oil production capacity to 5.7 million barrels per day and natural gas production to 1.5 billion cubic meters per day.
Owji also expressed hope that the two countries will cooperate in the oil, gas, refinery, and petrochemical sectors.
Yoshimasa Hayashi, for his part, referred to his meetings with the Iranian president and the Iranian top diplomat in New York and added that high-ranking officials of the two countries are determined to develop cooperation.
“In recent months, the price of oil has increased a lot, and Iran has the opportunity to take maximum advantage of this situation by finalizing the negotiations,” he added.