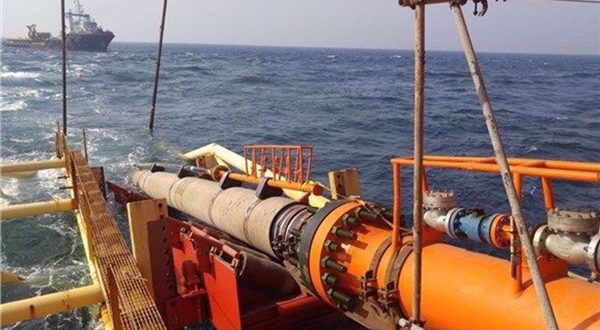 An Iranian contractor started laying pipes for a long underwater gas transfer project connecting the Kish Island in the Persian Gulf to the country’s national gas network.
The pipeline will link a gas supply terminal in Bandar Aftab, also known as Gerzeh, in the Southern Hormozgan province, to a gas-fired power plant in Kish.
The 18-kilometer pipeline, which feeds from the seventh line of the Iranian national gas network, will be the longest such underwater artery built in Iran considering the depth of water in areas near Kish.
A subsidiary group of the National Iranian Oil Company (NIOC) will complete the pipe-laying operation, which also entails laying fiber optic communication cables, within the next 20 days using 32-inch pipes.
There was no mention of how much the subsea section of the project, which has a total length of 94 kilometers, would cost.
For the past two years, Iran has massively expanded its natural gas network despite a series of American sanctions targeting the country’s energy sector.
Natural gas is currently accessible through pipelines travelling to deprived areas in Eastern Iran and near the border with Pakistan and Afghanistan.
Building out the national gas network is both aimed at boosting the domestic supply of energy and allowing more exports to neighboring countries.
Iran’s production of natural gas is planned to reach one billion cubic meters (bcm) a day by 2021 while consumption is nearing 600 bcm per day, the fourth largest in the world after the US, Russia and China.

Previous Mexico Moves to Launch World’s Largest Oil Hedge
Next The Next Move in Oil Prices May Be Down, Not Up