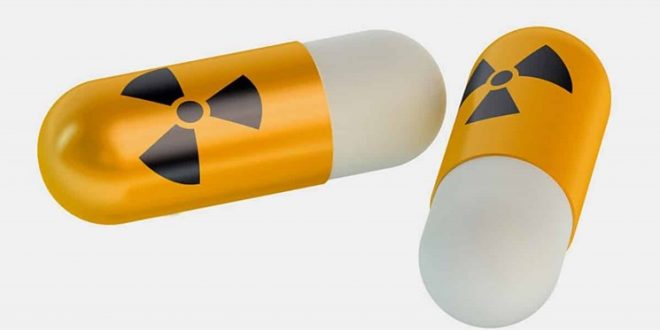 Iran announced the production of several radio medicine, including Lutetium-177, to treat a number of difficult-to-treat diseases like cancer.
Several new radio medicine were unveiled on the National Day of Nuclear Technology in the presence of President Seyed Ebrahim Rayeesi.
With a half-life of 7 days, Iranian-made LU-177 will have a stronger effect compared to LU-77 and is the indigenized version of the medicine. LU-177 works to destroy cancerous tumors by connecting to the receptors of the tumor and spreading rays in the affected area.
This mechanism helps prevent metastasis by disrupting blood circulation around the tumor. It is a type of radionuclide which has drawn attention from global scientists.
The new-generation LU-177 has low-energy photons and facilitates gamma camera imaging.
Possessing 50 types of radiopharmaceuticals, Iran ranks first in the region and exports its products to other countries.
Iran had also earlier produced other radiopharmaceuticals, including Samarium-153, Phosphorus-32, Yttrium-90, and Iodine-131.