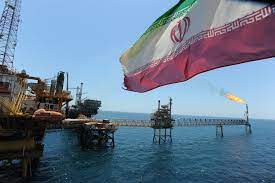 Iranian Oil Minister Javad Oji has stressed that the global energy market needs an increase in the supply of Iranian oil, saying: “As a major producer of oil and petroleum products, we are always ready to play our role in maintaining global energy security away from politics.”
Speaking after an OPEC+ meeting on Monday, Oji noted that the global energy crisis is intensifying, especially in Europe, Shana reported.
“Although the Europeans are trying to compensate for the lack of energy and reduce the severity of the crisis with some changes in their energy policies, the stable and reliable supply of energy sources is a necessity for European consumers as the fall and winter seasons approach,” the minister said.
The official further stated that the role and importance of Iran’s supply of energy resources, including oil, gas, and petroleum products, is of double importance in ensuring the stability and security of the world’s energy.
“It is a fact that the increase in the price of natural gas in the European market leads consumers to consume oil and oil products, and a significant increase in the demand for oil and oil products in the green continent is not far from the mind,” Oji added.
“We have always declared that Iran is ready to contribute to the improvement of the energy security in the world by avoiding the political use of energy. The global energy market needs an increase in the supply of oil and natural gas from Iran,” the minister said.
Elsewhere in his remarks, the official mentioned the outcomes of the recent OPEC+ meeting, saying: “From a technical and practical point of view, the joint technical committee (JTC) of OPEC+ in its base scenario has predicted the excess oil supply in 2022 to be 400,000 barrels per day, which is about 600,000 barrels per day less than the previous month’s forecast.”
He stated that according to the studies, OPEC+ decisions have helped to improve the conditions of the oil market in terms of supply and demand balance, adding: “However, in the current situation, as a result of some concerns about the consequences of geopolitical tensions for the world’s economic growth and possible demand destruction, the global oil market is in a fragile state, and the proof of this is the high volatility of crude oil prices in recent months, which should be taken into account.”
Pointing out that some OPEC+ ministers have also underlined the issue in recent weeks, the oil minister emphasized: “The current situation requires a lot of careful consideration.”
“According to the latest published statistics and reports, the compliance of OPEC+ countries with the cuts deal reached 546 percent in July 2022; the main reason for the increase in the compliance level was that some member countries did not produce at the level they were supposed to.”
“OPEC+ is at the highest level of cooperation and I think almost all members of OPEC+ have the same opinion regarding the achievements of this cooperation for market stability. The stability and continuity of OPEC+ cooperation can greatly help the world’s consumers in the current crisis,” he emphasized.