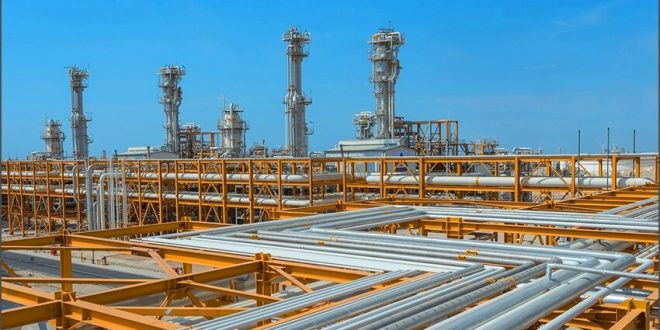 While the past Iranian calendar year (ended on March 20) was a difficult time for Iran’s oil sector, which is the country’s major source of income, some great performance was witnessed in terms of refining and distribution of oil and oil products.
A four-fold rise in the exports of oil products during the past year is also of great significance as it plays a big part in bringing revenue under the condition when Iran’s oil export is facing the sanctions.
During the past year, National Iranian Oil Refining and Distribution Company (NIORDC) carried out a step-by-step plan for self-sufficiency in the production of oil products, in a way that not only Iran is no longer an importer of gasoline, but more than $1.4 billion was earned from the export of oil products, which is a big step.
Persian Gulf Star Refinery’s big role
The significant increase in the country’s gasoline production and exports comes despite the fact that nearly two years ago Iran was an importer of the strategic product, shipping in over 4.5 million liters per day of gasoline.
Iran became a net gasoline exporter in February 2019, after the inauguration of the third phase of the Persian Gulf Star Refinery (PGS) project which added 120,000 barrels to the country’s daily gasoline production.
Persian Gulf Star Refinery, in the southern province of Hormozgan, is the first of its kind designed based on gas condensate feedstock received from the South Pars gas field which Iran shares with Qatar in the Persian Gulf.
As the largest processing facility for gas condensate in West Asia, PGSR is planned to play a big role to turn Iran into an exporter of gasoline.
16% growth in refining capacity
Not only Persian Gulf Star Refinery made Iran self-reliance in terms of gasoline production, it also increased the country’s refining capacity to 2.3 million barrels per day (bpd) in the past year, while the figure was 1.8 million barrels per day for a couple of years.
The country achieved a 16-percent growth in the refining capacity over the past year.
Meanwhile, a four-fold rise in the export of oil products put Iran in the first place in the West Asia.
CNG promoting program
In a bid to reduce the consumption of gasoline in the country, NIORDC also initiated a Compressed Natural Gas (CNG) promoting program in the past year, which played a noticeable role in lowering gasoline consumption while increasing the export of this product.
As stated by the NIORDC’s managing director, developing the country’s CNG industry could potentially save Iran $14 billion.
According to Alireza Sadeqabadi, increasing the country’s gasoline production capacity by 20 million liters requires at least $15 billion of investment, while boosting the country’s CNG output by the equivalent of the same amount would only need $1 billion, that means it could save the country $14 billion.
NIORDC has also inked a memorandum of understanding (MOU) with Iran’s state-owned Iran Khodro Company (IKCO) to add new dual-fuel vehicles to the country’s public transportation fleet.
Elevating quality of products
While the production of refined products registered a record high in the past year, the quality of the products has been elevated in a way that more clean-air days were experienced.
So, the country’s refining industry was able to increase the quality of oil products by planning for the development of refining industries, in addition to a significant increase in the quantity of the produced products, and to move towards the production of higher value-added products.
Major pipelines inaugurated
While the country’s performance was outstanding in terms of oil products production in the past year, prominent measures were also taken in the field of transferring and distribution.
Inaugurating four major pipelines for transferring crude oil and oil products in the past winter, the country’s capacity was noticeably increased in this regard.
A major project inaugurated in this field was Goreh-Jask pipeline strategic project, which was inaugurated in late June 2020 by President Hassan Rouhani.
This project is aimed at expanding the oil transport capacity in the south of the country to one million barrels a day, and is underway with the development of Iran’s second major oil terminal, Jask terminal, which is under construction on 60 hectares of land.
Goreh-Jask pipeline is also going to provide Iran with an alternative route for the country’s crude oil exports that are currently carried out through the Strait of Hormuz.