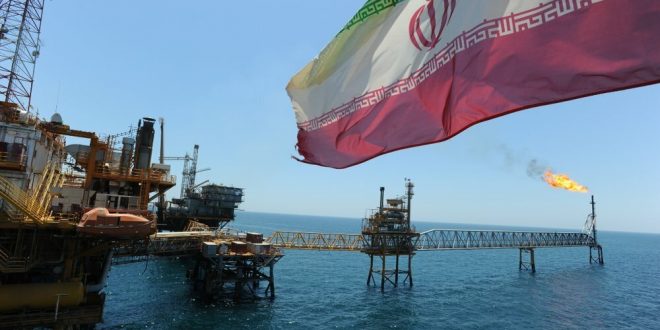 Iran to Develop Offshore Farzad B Gas Field without India

The National Iranian Oil Co. is set to sign a $1.78 billion deal with a domestic company to develop the Farzad B gas field in the Persian Gulf, oil ministry news service Shana reported May 16.
Petropars, Iran’s leading general contractor, will ink a buyback deal with NIOC on May 17 to produce 28 million cu m/d of sour gas over five years from reserves shared with Saudi Arabia. The gas condensates and sour gas produced will be sent to southern South Pars gas plants.
Farzad B’s gas in place is around 23 Tcf and its gas condensates amount to around 5,000 barrels/Bcf.
An ONGC Videsh-led consortium discovered Farzad B gas within the Farsi offshore gas block in 2008 together with Oil India and Indian Oil. The consortium had signed a preliminary exploration-development deal with Iran in 2000, while only the exploration was done. In 2016, Iran said it was examining the Indian proposal but that an agreement was unlikely because of the difference between Iran’s demanded gas price and India’s offer.
Iran’s Oil Minister Bijan Zanganeh said last year that any foreign participation was unlikely because of US sanctions that have all but eliminated outsiders from working on Iran’s energy projects. In the year ended March 20, Iran’s crude exports averaged 625,000 b/d, compared with 480,000 b/d a year earlier and 1.445 million b/d in 2018-2019. Oil income in the most recent year was $2.14 billion.
In 2018, India offered a $6.2 billion development plan and a gas price of around $4/MMBtu for Farzad B. India was expected to boost its crude imports from Iran. But for fiscal 2017-18, India decided to cut crude purchases from Iran for its state-owned refiners by about a quarter year on year to 382,000 b/d, after the two countries faced a stand-off over the development of Farzad B.
India’s investment target in Farzad B was $10 billion. Negotiations with Russia’s Gazprom as well as Petropars were put on the agenda in 2016.