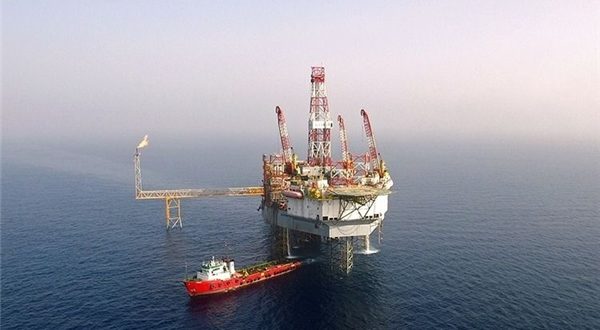 The first phase of Azar join oilfield will become productive soon, Head of Oil Industries Engineering and Construction (OIEC) Group Gholamreza Manouchehri announced.
“Given the 97 percent progress of the joint field’s development plan, the first phase of this project is being operated and will be officially inaugurated soon,” Manouchehri said.
He pointed out that a daily production of 65,000 barrels of crude oil has been secured in the field by its developers, adding that oil production began in the field back in 2016 with 15,000 bpd. the figure was doubled in 2017 and has reached 65,000 bpd.
The resources for developing the project were provided by dipping into the National Development Fund of Iran and the Ahdaf Investment Company, Manouchehri added.
Azar oil field is located in Anaran block, on the tip of Zagros mountains and along the Iran-Iraq border.
Inauguration of the facility realizes the final production target of 65,000 barrels of crude oil per day in this field.
The PEDEC, as the employer of the project, had announced that the countdown has begun for production of 65,000 b/d of crude oil under a buyback deal.
Oil Industry Pension Fund Investment Company (OPIC) (as investor of the project) has signed a deal with the Oil Industries Engineering and Construction Company (OIEC) for developing the geo-physically complicated field.
Production of 15,000 b/d from the field began in 2016 and nearly doubled in about two months.

Previous OPEC Crude Output Cuts should Help U.S. shale profits in 2021
Next Almost 60% of Brits Look at 2021 as a Pivotal Year for Building a Greener Future