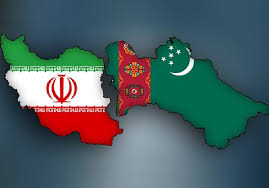 The senior foreign ministry of officials of Iran and Turkmenistan held a meeting via video conference Tuesday night to discuss an array of issues of mutual interest.
The meeting was chaired by Iran’s Deputy Foreign Minister Abbas Araghchi and his Turkmen counterpart, Hajiev Vafa, during which the two sides discussed the latest situation in the mutual political, economic, and consulate cooperation as well as the regional and international developments.
They underlined the need to reopen the road and railway borders, within the health protocols, between the two neighbors after they were shut due to the coronavirus pandemic.
The two sides also stressed the resumption of special business and trade meetings between the economic players of the two countries through video conferences.
Other regional issues, including the security developments in Afghanistan, were also discussed during the meeting.