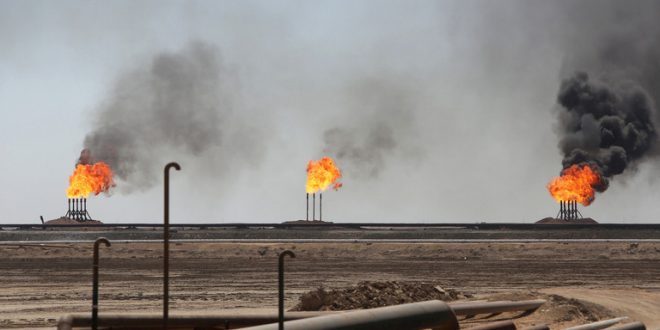 Iraq Attempts to Seize Market in the Crucial Asian Market

Every new crisis is a formidable opportunity to try new things, oftentimes merely to have another go with methods that have failed in the past but should work better now. Cognizant of the pricing developments in the Asian market, the Iraqi state oil marketing company SOMO has announced that from 2021 onwards it would introduce a new medium sour grade to its set of available grades – Basrah Medium. The concept of Basrah Medium is by no means a complete novelty, it has been mooted for more than 2 years already as a necessary step to mitigate the quality deterioration of Iraq’s flagship export blend, Basrah Light. Next year, however, might be the long-awaited year of breakthrough for Basrah Medium.
Taking a helicopter view of the Iraqi oil export, SOMO’s current grade allocation is quite new when compared to other Middle Eastern NOCs. In the beginning was the word, and the word was Basrah – short and straightforward. Iraq also had a second export stream in Kirkuk that was predominantly shipped to the Turkish port of Ceyhan and from thereon taken to buyers in the Mediterranean and elsewhere. However, as the US-led military invasion has upended Iraq’s internal standing order, SOMO has found itself between the rock and a hard place in trying to keep its quality commitments. Basrah Light initially started out as a much lighter crude that it currently is – hence its peg to 34 degrees API.
The thing is that the crude production ramp-up from 2010 onwards has altered the quality parameters of Basrah crude, primarily due to the face that all new major fields to be commissioned were really heavy (West Qurna-2 at 23 API or Halfaya at 22-23 API). The worsening of what is now Basrah Light has compelled Iraqi authorities to create a new crude stream in 2015, Basrah Heavy, easing the quality pressure on Basrah Light. From the start Basrah Heavy had its own resource base – the blend is predominantly composed of crude from 3 supergiant fields (West Qurna-2, Gharraf and Halfaya) – however it lacked a predictable outlet base as many Asian downstream firms were still yet to finalize their expensive refinery reconfigurations that would have allowed to refine challenging crudes, such as Basrah Heavy.
For much of the past 5 years Basrah Heavy was heavily discounted to regional benchmarks in Europe and Middle East. When Basrah Heavy was introduced for the first time in May 2015, its official selling price for Asian deliveries was set at $-6.85 per barrel to Oman/Dubai, whilst the European OSP stood at $-8.45 per barrel to Dated Brent. Over the years both the better-quality Basrah Light and Basrah Heavy witnessed their market differentials appreciate and the OPEC+ production cuts were of special importance along the way.
Such a positive development was partially counteracted by the unbeseeming quality of Basrah Light and Basrah Heavy – the latter has slid down into the 28-29° API interval (i.e. roughly losing 2 per barrel on the quality mismatch between the contractual quality and the real one), whilst the former was sporadically worsened by a recurrent practice of dumping remaining fuel oil volumes into the general export stream. Coming back to the concept of Basrah Medium, availability of crude, to use the words of Iraqi energy authorities, was never an issue, as opposed to the availability of storage and blending capacities. Then-Iraqi oil minister Thamir al-Ghadhban claimed last year that the launch of Basrah Medium is directly dependent on having enough storage capacities at the Fao export depot.
The Fao crude storage park plays a key role in Basrah Medium marketing as Fao would be the place where almost all of the pre-export blending would take place. The Fao storage upgrade should have been ready by 2016 already, consisting of 24 storage tanks totaling a bit more than 8 MMbbls – from FAO the crude would go to the single point moorings (SPM) of the Basrah Terminal, effectively the place where domestically-produced crude last touches Iraqi soil. Hindered by the military operations against the Islamic State and everything that profound challenge entailed, today SOMO can only boast of 16 storage tanks being available in Fao. Having ample storage in Fao underpins SOMO’s quest to have dedicated berths for the three separate streams of Basrah crude – Light, Medium and Heavy.
SOMO has been talking about the “intended segregation” of Basrah Light into two streams – one that carries on with the current quality parameters and the other one which corresponds to the initial Basrah Light quality. The thing is that Basrah Medium would be the one taking over the 28-29° API quality of today’s Basrah Light and, as it happens, concurrently taking over most of its volumes and Basrah Light would become a lighter stream, much smaller in volumes to be exported. The difficulty of maintaining high Basrah Light exports in the post-2021 horizon will be further exacerbated by the fact that Iraq’s own refineries run predominantly on lighter crudes due to their low sophistication.
The biggest foreseeable problem with introducing Basrah Medium is going to be the decline of Basrah Light. Let’s take the supergiant Rumaila field (current output around 1.4mbpd) as a case in point – heretofore the production has come from the Zubair formation (34-36° API) but future volumes would be heavier and sourer, coming from the field’s Mishrif reservoirs (26-28° API). In addition, of the other giant fields only West Qurna-2 could provide a short-to-mid-term output boost, however that would also mean more Basrah Heavy production. Hence, it remains to be seen wherefrom does SOMO expect to garner future Basrah Light volumes. The lighter Yamama reservoirs (37-40° API) that should make up the backbone of Basrah Light are only represented by the Luhais and Tuba fields, both nowhere near the reserves and output numbers of Rumaila, West Qurna or Halfaya.