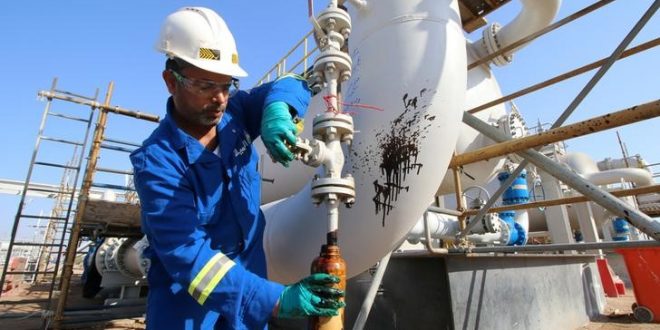 Iraq isn’t seeking exemption from OPEC+ production cuts because it does not want crude prices to drop, Alsabaah newspaper reported Nov. 29, citing the country’s oil minister Ihsan Ismaael. Oil ministers are set to meet Nov. 30-Dec. 1 to discuss a potential delay in plans to increase output as of January.
“Iraq did not request exemption from [OPEC+] production cuts for fear that the oil price will decline anew in global markets,” Ismaael said, according to the newspaper. Ismaael also was cited saying he expects crude prices to touch $50/b early next year amid signals of a slight recovery in global oil demand.
Iraq, OPEC’s second largest producer, has struggled to adhere to its OPEC+ quota this year as it grapples with a financial crisis, the pandemic and political upheaval.
The country’s oil production, including flows from the semi-autonomous Kurdish region, rose 6.7% in October from September, exceeding the country’s OPEC+ quota, official data from State Oil Marketing Organization showed Nov. 5.
It pumped 3.842 million b/d in October, above September’s 3.6 million b/d and its quota of 3.804 million b/d, according to SOMO figures.
Iraq, which overproduced May through July, is supposed to make 698,000 b/d of catch-up cuts from September through to December, divided into 203,000 b/d in September and 165,000 b/d in October, November and December.
Iraq has nearly reached its limit in accepting the OPEC model of “one size fits all” in terms of output cuts without taking into account member countries’ economic and political conditions, the country’s deputy prime minister Ali Allawi said Nov. 23.
The 22-member OPEC+ supply accord calls for its 7.7 million b/d in production cuts to taper to 5.8 million b/d in January, but ministers have hinted that the uncertainty over global oil demand levels with several countries re-entering lockdown measures to combat the pandemic could force them to postpone their scheduled hike to prevent a slide in prices.

Previous OPEC and the Pandemic has Broken the U.S. Shale Market
Next OPEC+ Energy Ministers Ponder Delay to Extra Oil Supply Ahead of Key Meeting