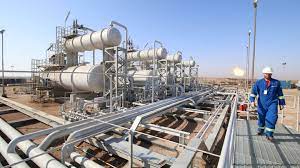 Press reports quote Iraq’s oil minister as saying that Iraq could buy ExxonMobil’s 32.7-percent stake in the West Qurna 1 oil field.
Ihssan Abdul-Jabbar Ismail told a news conference on Monday that the government might purchase the stake via the state-owned Basra Oil Company (BOC).
BOC previously took over the Majnoon field from Shell and Petronas at the end of June 2018.
It had previously been rumoured (see here and here) that China would take over Exxon’s holding in West Qurna 1.
Earlier this year, ExxonMobil sold its share in the Baeshiqa license in the Kurdistan region of Iraq to DNO.