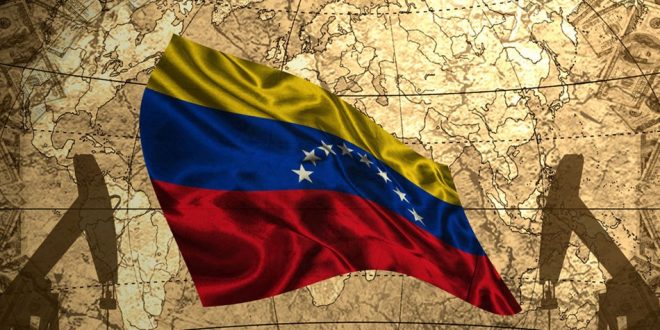 An oil tanker chartered by Italian oil company Eni SpA to carry 650,000 barrels of diluted crude oil supplied by Venezuelan state-run PDVSA arrived on Friday in Venezuelan waters, according to a document from the state-run firm.
The crude cargo will be the first for Eni following an authorization issued last month by the United States allowing the resumption of an oil-for-debt deal that had been halted by the Trump administration in 2020.
A similar authorization was issued by the US State Department to Repsol, but PDVSA’s schedules seen by Reuters news agency this week did not show an assigned loading window for the Spanish oil company.
The European firms are the first to resume oil-for-debt swaps that until 2020 were the sole Washington authorisations for exporting Venezuelan crude under sanctions seeking to oust President Nicolas Maduro.
Oil-for-debt swaps
Washington has not made similar allowances for US oil major Chevron, India’s Oil and Natural Gas Corp or France’s Maurel & Prom, which have lobbied the US State Department and US Treasury Department to take oil in return for billions of dollars in accumulated debts from Venezuela.
Chevron also sought an authorization to trade Venezuelan oil and expand operations in the OPEC-member country, but the US Treasury Department in May only granted it permission to maintain assets in Venezuela through November.
The swaps could contribute to larger crude exports and shipments, even though the volumes to be allocated to the companies are not expected to represent more than 10 percent of Venezuela’s exports.
Eni’s chartered tanker, the Greece-flagged Aframax Minerva Zoe, was crossing the Caribbean Sea on Friday approaching an area where tankers bound for Venezuela wait for assigned loading windows, according to Refinitiv Eikon.
The vessel is scheduled to load at PDVSA’s Jose port in the coming days, the document showed.