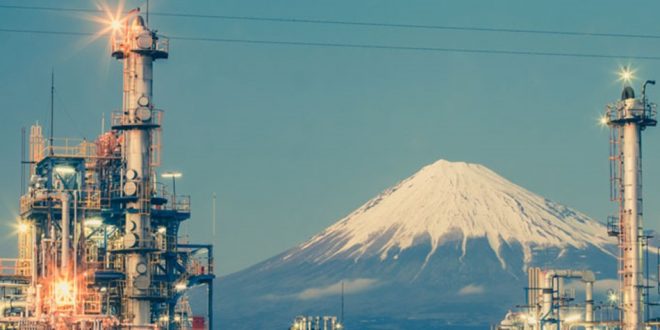 Japan’s biggest oil refiner Eneos Holdings Inc has no plans to buy Russian crude until all problems related to the Ukraine crisis are over and will purchase alternative supplies from the Middle East, its chairman said on Wednesday.
“For now, we intend to get alternatives from existing trading partners such as Saudi Arabia, Abu Dhabi and Kuwait, but we will continue our efforts to diversify our sources to reduce reliance on the Middle East in the future,” Tsutomu Sugimori, chairman of Eneos Holdings, told reporters.
Last month, Sugimori said that Eneos had stopped buying Russian crude in response to Russia’s invasion of Ukraine, which Moscow calls a “special operation.”
Japan was a buyer of Russian crude in 2021.
The United States said in March it would sell 180 million barrels of crude from its Strategic Petroleum Reserve at a rate of 1 million barrels per day starting in May to help dampen the surge in prices following the Ukraine crisis. This represents the biggest release from the stockpile since it was created in the 1970s.
Members of the International Energy Agency, including Japan, are releasing an additional 60 million barrels.
“It’s a fairly large volume and it will have a certain effect on oil market,” said Sugimori, also president of the Petroleum Association of Japan.
On Wednesday, the yen fell to a new two-decade low against the U.S. dollar, weighed down by Japan’s ultra-low interest-rate policy, which contrasts with the U.S. Federal Reserve’s rate increases. [FRX/] The weaker yen tends to have positive impact for Japan’s oil industry, Sugimori said, as it boosts its competitiveness in exports.
“Asian petroleum products market is very strong,” he said.
“We want to raise run rate of our refineries as much as possible and increase export as it’s quite profitable right now,” he said.
Japan is expected to face a tight electricity market again this summer and winter.
Eneos is getting requests from utilities to double the supply of fuel oil used in oil-fired power stations in April-September from a year earlier, Sugimori said.
“We won’t be able to fully respond to the requests, but we want to do so as much as possible,” he said.