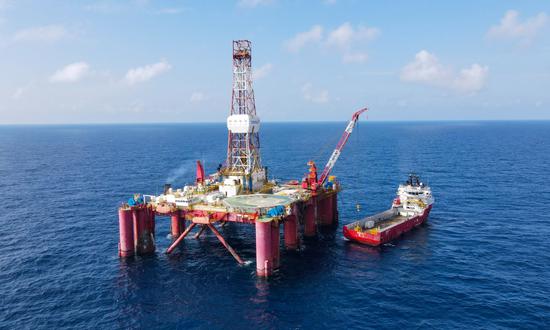 Japan’s Foreign Ministry on Wednesday confirmed that China has finished building a new drilling facility for gas fields in a contested area of the East China Sea for the second time in two weeks.
The facility is located on the Chinese side of a Tokyo-proposed median line separating the nations’ exclusive economic zones in the sea, according to the ministry, which lodged a protest with the Chinese Embassy in Tokyo.
The site is where Japan confirmed on June 17 that new construction work by China was suspected of being for gas field exploration. The Maritime Self-Defense Force had found Chinese ships transporting what could be the “foundation” of a structure.
Japan has found 18 structures developed by Beijing on the Chinese side of the median line in the sea.
Three days later, Japan confirmed that China had installed another drilling facility for gas fields in a nearby area of the sea, prompting Japan to convey “strong concern” to Beijing during their director general-level teleconference last week.
Japan and China agreed on joint gas development in the area in 2008, but negotiations were suspended in 2010 when bilateral tensions increased following a Chinese trawler’s collision with a Japan Coast Guard vessel.
Japan regards the median line as the demarcation line between the two neighbors under domestic law, but China says its EEZ extends much further.