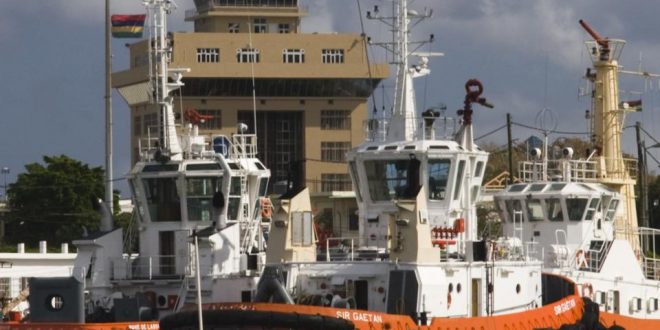 Japan to Provide Long-Term Support to Mauritius after Oil Spill

Japan will provide long-term assistance to help Mauritius deal with the cleanup from an oil spill caused by the July grounding of a Japanese-owned freighter, the government’s top spokesman said Wednesday.
Noting the assistance will not be restricted to preventing the further spread of the oil or its removal, Chief Cabinet Secretary Yoshihide Suga said it will extend to social and economic areas.
“We would like to offer assistance in the medium- to long-term in those areas while cooperating with the countries involved,” Suga said.
Japan has already sent disaster relief teams to Mauritius after the Panama-flagged bulk carrier Wakashio, owned by Nagashiki Shipping Co. and operated by Mitsui O.S.K. Lines Ltd., ran aground off the Indian Ocean island nation on July 25, spilling more than 1,000 tons of oil into the pristine environment.
Mauritius declared a state of environmental emergency on Aug. 7, citing fears about the impact on endangered species such as birds and sea turtles. Fishing off coastal areas impacted by the spill is currently banned.
A Mauritian government document showed the country has requested that Japan pay a total of 1.34 billion Mauritian rupees, equivalent to around 3.6 billion yen ($34 million), to support the local fishing community affected by the oil spill.
Under the proposed scheme, Mauritius has estimated the building of 100 fishing boats will require 1.2 billion rupees, with 9.7 million rupees needed to provide training for 475 fishermen and 60 skippers who will be forced to fish in more distant and rough waters than they are accustomed.