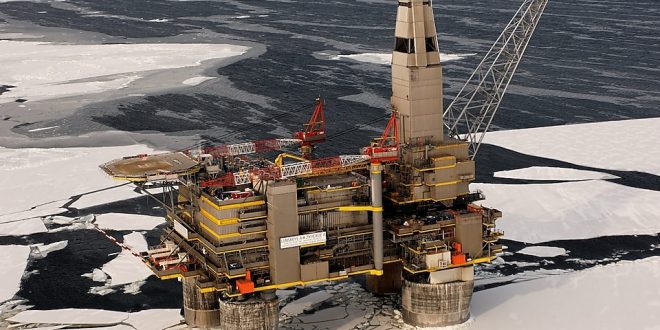 Japanese gas and electric utilities with long-term contracts to buy liquefied natural gas (LNG) from the Sakhalin-2 project in Russia have received a new contract offer from the newly-formed Russian operator, some companies said on Wednesday.
The Russian entity was registered on Aug. 5 to replace the project operator Sakhalin Energy as Moscow re-writes rules for foreign firms operating in the country amid global sanctions after its invasion of Ukraine.
For resource-poor Japan, the project is an important source for its energy security. It buys about 9 per cent of its LNG from Russia, mainly from Sakhalin-2.
“We have received a new contract from a new Russian entity in early August, but there is no deadline for us to sign it,” said a spokesperson at Japanese gas supplier Saibu Gas Holdings.
“We are examining details of the contract to decide whether or not we would sign it,” he said, without revealing details of the contract. Saibu buys 65,000 tonnes of LNG annually from Sakhalin-2 and it has already received the cargo for this year in July.
Tohoku Electric Power has also got a new contract from the new entity, while Kyushu Electric Power has received a notification of the transfer from the new entity on Aug. 10, their spokespersons said, adding they are considering whether to continue their contracts.
Tokyo Gas, Japan’s biggest city gas supplier, has been contacted by the new entity about a contract, a spokesperson said, but declined to comment on details due to confidentiality.
Other buyers JERA, Toho Gas and Hiroshima Gas declined to comment.
UPSTREAM STAKES
A Russian government decree signed in early August gave foreign investors in the project – Shell and Japanese trading houses Mitsui & Co and Mitsubishi Corp – a month to claim their stakes in the new entity, meaning the deadline is Sept. 4.
The Japanese government has repeatedly said it wants the trading houses to retain their stakes and has asked Mitsui and Mitsubishi to “think positively” in joining the new Russian entity.
On Wednesday, the new industry minister Yasutoshi Nishimura met Mitsubishi President Katsuya Nakanishi and asked him to consider involvement in the new Russian company.
“We have not heard of any new conditions that would make signing a contract for Sakhalin-2 project a difficulty,” Nishimura told reporters.
Mitsubishi will consider the issue from a comprehensive perspective, a spokesperson said after the meeting, pointing to the government’s request, business risk and economic rationality among other factors.

Previous Europe Gas Takes a Breather from Rally as Storage Fills up
Next Oil Steady as Investors Mull Falling US Stockpiles, Global Recession