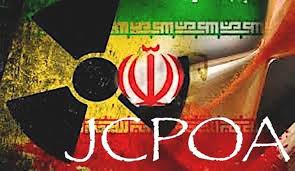 JCPOA Is Annexed to UNSCR 2231

Iran’s Ambassador and Permanent Representative to the United Nations said that Joint Comprehensive Plan of Action (JCPOA) is annexed to UN Security Council Resolution 2231, and the US has legal obligations to implement.
In a Thursday tweet, Majid Takht-Ravanchi wrote, “The US—with media stunts—continues to claim JCPOA has no legal standing at UN.”
“But JCPOA is annexed to UNSCR 2231, and US has legal obligations to implement BOTH,” he stressed.

“Article 2 of 2231 calls upon members to support implementation of JCPOA: the US is shirking its responsibility,” Iranian diplomat added.
The deal was reached between Iran and a group of countries then known as the P5+1 — which included the United States, Britain, France, Russia, China, and Germany — on July 14, 2015. However, in May 2018, US President Donald Trump unilaterally pulled his country out of the JCPOA and re-imposed the sanctions that had been lifted under the deal.
Now Washington is claiming that the accord is not an international one and has no connection with the UNSC.
US Secretary of State Mike Pompeo has claimed that the US will not allow Iran to purchase conventional arms after UN sanctions expire in October.
Pompeo plans to invoke a provision in the Iran nuclear agreement, which the Trump administration pulled out of in 2018, in an effort to either extend an arms embargo on Iran or reimpose even harsher United Nations (UN) sanctions, the New York Times reported on Sunday.
This is while the claim of Trump’s administration has already been rejected by China and Russia as well as the US European allies.