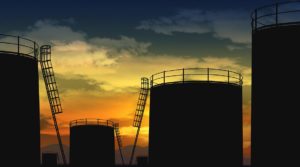 The Foreign Ministry of Libya’s UN-backed government on Saturday said that there are “mercenaries” allied with the rival eastern-based army shutting down oil exports inside oilfields and ports.
“The Foreign Ministry followed up reports and information confirming presence of foreign mercenaries of the Russian Wagner, Janjaweed, and other mercenaries inside Libyan oilfields and ports, and lately Sharara oilfield,” the ministry said in a statement.
The ministry said the mercenaries shut down oil supplies in cooperation with the eastern-based army.
“In this regard, Libya calls on foreign countries concerned with the oil sector and have companies in Libya to cooperate with the Libyan Foreign Ministry to expose these violations and the countries involved in this blatant interference, and to work together to put the individuals and entities involved in those acts under international sanctions urgently and directly,” the statement said.
The eastern-based army made no comment regarding the statement so far.
The UN-backed government was engaged in a deadly armed conflict for more than a year against the eastern-based army in and around the capital Tripoli, before the UN-backed government recently announced taking over all of western Libya.
According to the UN-backed government’s National Oil Corporation (NOC), Libya so far has lost more than 6 billion U.S. dollars as a result of the closure of the country’s oilfields and ports since January.
Libya has been suffering escalating violence and political instability ever since the fall of the late leader Gaddafi’s regime in 2011. Enditem