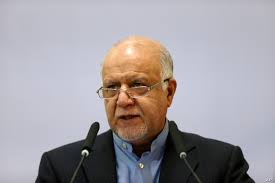 Iranian Minister of Petroleum Bijan Zanganeh on Sunday said that OPEC+ cannot turn a blind eye to the return of Iranian oil production to global markets after the imposed sanctions are removed.
The Iranian Minister stated that the 18th session was procrastinated due to the UAE opposition 20 days ago.
With the change in the basis of production, we have agreed, and according to the agreement, 400,000 barrels of oil production will increase monthly, he noted.
A total of 5.8 million barrels will be added to oil production in the coming 15 months, he further noted.
OPEC+ should return the amount of production it had reduced to the market, he said, adding that this will happen considering the growth of the global economy.

Previous OPEC+ Oil Deal Sends Prices Lower, This could be a Buying Opportunity
Next Pandemic Recovery to Push Emissions to All-Time High