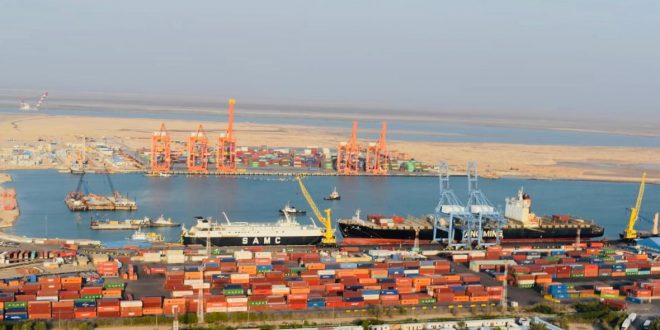 The export of non-oil commodities in the current Iranian year –a period of around 6 months- via the southeastern port city of Chabahar has risen by 95 percent compared to the corresponding period a year earlier, an official said.
Director General of the Ports and Maritime Organization of Iran in the southeastern province of Sistan and Balouchestan said the export of non-oil products from Chabahar since the beginning of the current Iranian year (March 20) has increased by 95 percent compared to last year.
Behrooz Aqaee said the rise in the non-oil exports comes thanks to the port’s perfect equipment and infrastructures.
He also noted that Chabahar is working as a hub situated near the ocean, saying India and Afghanistan are regularly dispatching cargo and container ships to the major Iranian port as part of a trilateral agreement with Iran.
Chabahar is the closest and best access point of Iran to the Indian Ocean and Iran has devised serious plans to turn it into a transit hub for immediate access to markets in the northern part of the Indian Ocean and Central Asia.
It aims to create a reliable transport corridor for the smooth transport and transit of goods and services through Chabahar Port between Afghanistan, India, and Iran.

Previous Apple Invests in the Construction of Two of the World’s Largest Wind Turbines
Next Iraq to Raise Its Production Capacity to 280,000 Barrels/Day