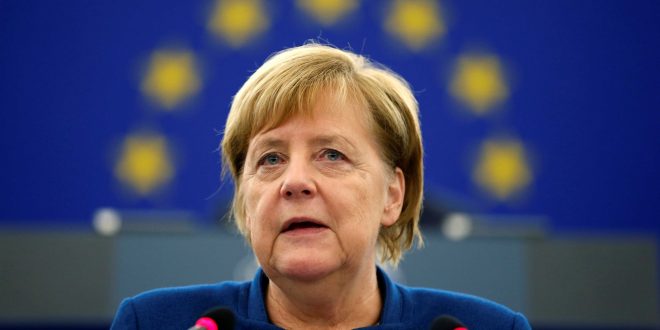 Nord Stream 2 should complement, not completely replace, gas transit through Ukraine, as another scenario will cause tensions, German Chancellor Angela Merkel said after meeting with US leader Joe Biden in Washington on July, 15.

“For me, Nord Stream 2 is an additional project, not a project instead of gas transit through Ukraine. Everything else would cause a lot of tension. We are negotiating how we can make it clear together,” she said.

According to Merkel, Germany and the United States have different views on Nord Stream 2, but agree on Ukraine’s future role in gas supplies.

“We talked about Russia and Ukraine considering Nord Stream 2. We have different assessments of what this project entails. But I want to say clearly: our understanding was and is – Ukraine remains a transit country,” she said.

As it was reported earlier, Angela Merkel previously also announced Germany’s position on maintaining gas transit through Ukraine after the completion of the Nord Stream-2 gas pipeline.