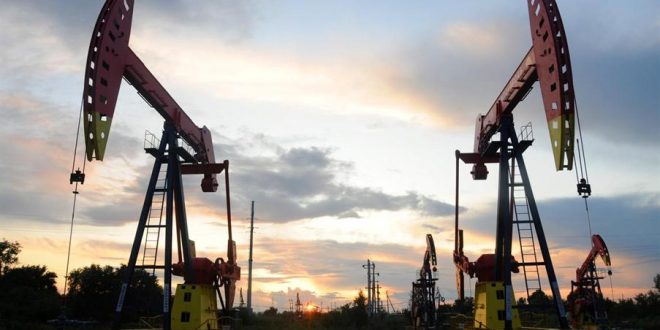 Oil extended last week’s losses on Monday, falling nearly 2% as a surge in COVID-19 infections in the United States and Europe prompted concern over crude demand, while the prospect of increased supply also hit sentiment.
Brent crude was down 70 cents, or 1.7%, at $41.07 by 0353 GMT. U.S. West Texas Intermediate (WTI) dropped 69 cents, or 1.7%, to $39.16, having fallen more than a dollar shortly after the start of trading.
Brent fell 2.7% last week and WTI dropped 2.5%.
The United States reported its highest number yet of new coronavirus infections in two days through Saturday, while in France new cases hit a record of more than 50,000 on Sunday, underlining the severity of the outbreak.
On the supply side, Libya’s National Oil Corp on Friday ended its force majeure on exports from two key ports and said production would reach 1 million barrels per day (bpd) in four weeks, a quicker ramp-up than many analysts had predicted.
“The recent surge in COVID-19 cases and further movement restrictions across parts of Europe is weighing on sentiment, with concern over what this all means for demand,” ING Economics said in a note.
“Not helping, is the fact that Libya appears to be returning supply to the market quicker than expected,” ING said.
OPEC+, a grouping of producers including the Organization of the Petroleum Exporting Countries (OPEC) and Russia, is also set to increase output by 2 million bpd in January 2021 after cutting production by a record amount earlier this year.
Russian President Vladimir Putin indicated last week he may agree to extending OPEC+ oil production reductions.
In the United States, energy companies increased their rig count by five to take the total to 287 in the week to Oct. 23, the most since May, energy services firm Baker Hughes Co said. The rig count is an indicator of future supply.
Still, investors increased their net long positions in U.S. crude futures and options during the week through Oct. 20, the U.S. Commodity Futures Trading Commision said on Friday.