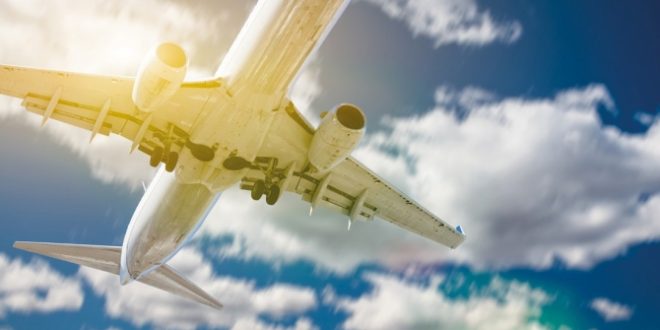 A slump in Europe’s travel industry could have a knock-on effect for oil and gas as lockdowns spread across Europe once again.
European airline shares plunged this week as Germany, France and Italy all announced new lockdown measures to be introduced over and beyond the Easter period. Vacation travel is also restricted until at least May across several countries including the U.K., which is fining those who choose to travel without need £5,000 ($6,900) for breaching restrictions.
Sophie Griffiths, a market analyst at Oanda explained, “With no end in sight to the ‘illegal’ holiday restriction, it’s difficult to be bullish on airlines,”.
IAG, the owner of British Airways, stocks were down 4.4 percent this week, and BP lost 3.7 percent. Package travel operator TUI also fell 6.1 percent and cruise operator Carnival’s stocks dropped 5.5 percent. A third wave of Covid infections has sent the oil and gas industry into a tailspin as low demand threatens the sector once again. This Tuesday, Brent futures dropped almost 5 percent to $61.41. Despite the positive outlook for Brent prices in 2021, as prices have been steadily climbing in the first quarter of the year, the unexpected change in demand in Europe presents a threat to oil prices over the next few months.
Jonathan Leitch, an oil analyst at Turner, Mason & Co. believes “We’re not going to get that seasonal peak and we’re not going to get the recovery that we were expecting,”.
Flight figures in Europe are down as much as 60 percent from the same period in 2019. Passenger volumes in London Heathrow were down 89 percent in January from the previous year, but this was expected to improve as the U.K. lockdown eased. It now seems clear that we’re looking ahead to a turbulent year for travel, particularly if the E.U. continues to lag behind in its vaccination scheme, which could see greater restrictions for travel between the mainland and the U.K.
Inter-regional travel has also been banned in France, under new restrictions, which will inevitably drive down the demand for car fuel. Under current restrictions, road, air and sea travel are all expected to be hit hard, causing a knock-on effect on the oil and gas industry.
To date, Western Europe has experienced the highest percentage of lost airline capacity globally. This led European jet and kerosene demand to fall to 440,000 bpd, in December, around a third of pre-pandemic levels.
As well as Europe, India is also experiencing a spike in Covid-19 cases, which could lead to greater restrictions and a fall in oil demand. As the third-largest oil importer in the world this presents a significant threat to the stability of oil and gas in 2021.
In contrast, the USA has experienced an increase in travel demand following a successful early and widespread rollout of the Coronavirus vaccine. By mid-March the Transport Security Administration was screening over 1 million people a day on average, an increase from the same time last year. While this figure is still less than in 2019, it shows promise for the rest of the year.
CEOs of U.S. airlines have highlighted the increase in reservations for both the short term as well as the summer period over the last month. “I think that there’s going to be more travel going forward, just period.” United CEO Scott Kirby stated at a JPMorgan industry conference.
Despite the fall in demand in Europe, experts are still hopeful that the region will recover much quicker than during the first and second waves of the virus, as the rollout of the vaccine provides improved prospects for a swifter end to restrictions.