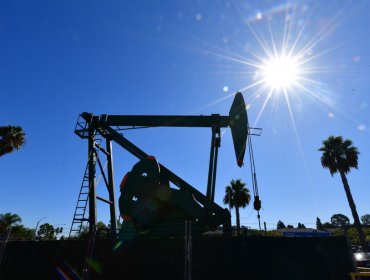 Oil prices retreated on Friday after oil workers in Norway called off a strike that had threatened energy production in the country, China’s Xinhua news agency reported.
The West Texas Intermediate (WTI) for November delivery lost 59 cents to settle at US$40.60 dollars a barrel on the New York Mercantile Exchange, while Brent crude for December delivery decreased 49 cents to US$42.85 dollars a barrel on the London ICE Futures Exchange.
Norwegian oil firms struck a wage bargain with labor union officials on Friday, ending a strike that had threatened to cut the country’s oil and gas output by close to 25 per cent next week, according to Reuters.
The production outages in Norway due to the strike and the Gulf of Mexico due to a hurricane lent buoyancy to prices this week.
“If no solution is found at the mediation talks due to take place between the union and the producers’ association today, the strike by Norwegian oil workers could cost just shy of 1 million barrels per day of oil equivalent,” Carsten Fritsch, energy analyst at Commerzbank Research, said in a note Friday.
More than 90 per cent of oil production and more than 60 per cent of natural gas production has now been shut down in the Gulf of Mexico as Hurricane Delta approaches.