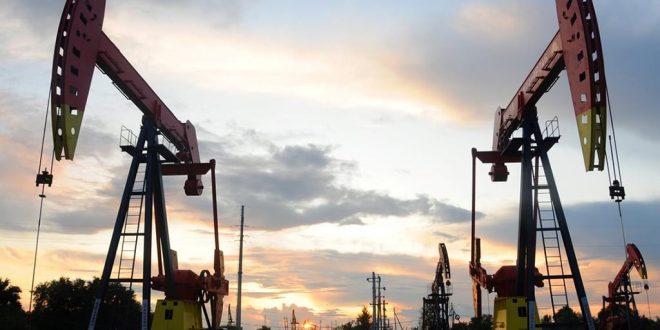 Oil posted its third straight weekly rise on improving demand, with the International Energy Agency (IEA) saying that the market would need extra supply next year.
Futures in New York rose this week, extending their rally to the highest settle since October 2018.
The IEA said that OPEC and its allies would need to lift output to keep the market adequately supplied, although the agency predicted demand would not reach pre-pandemic levels until late next year.
Meanwhile, road traffic in the US and much of Europe is largely back to levels seen before the COVID-19 pandemic.
“People want to get out this summer,” said Peter McNally, global head for industrials, materials and energy at Third Bridge Group Ltd. “With nothing budging on US supply and OPEC+ keeping production restrained,” prices should continue to move higher.
Underlining the market’s strength, West Texas Intermediate’s (WTI) nearest contract closed at its highest premium against the subsequent month since February. Firming in the so-called prompt spread reflects tightening supplies.
WTI crude for July delivery on Friday rose 0.88 percent to US$70.91 a barrel, up 1.4 percent for the week.
Brent crude for July delivery on Friday gained 0.23 percent to settle at US$72.69 a barrel. The contract rose 1.1 percent weekly.
While US crude futures have held above the key US$70-a-barrel level, traders are grappling with the prospects of Iranian supply returning to the market. Talks between the Persian Gulf nation and world powers about a 2015 nuclear deal are set to resume over the weekend.
Meanwhile, there are also risks to the demand outlook in parts of Asia and Latin America as many nations continue to grapple with COVID-19 cases.
Among the more prominent moves in the oil market this week, the discount of US benchmark crude futures against its global counterpart rallied to the narrowest since November last year.
That has driven some buyers from abroad to start shying away from Permian crudes, with the narrow arbitrage making West Texas oil cargoes less attractive.
The IEA said OPEC+ would need to add about 1.4 million barrels a day — less if Iran clinches a deal to remove US sanctions.
That would leave the group with another 5.5 million barrels a day of capacity offline, it said, although Bloomberg calculations suggest the buffer is not quite as high.
Gasoline cracks in New York on Friday fell to the lowest since March.
US President Joe Biden’s administration is weighing options to give relief to US oil refiners from biofuel blending mandates, Reuters reported.