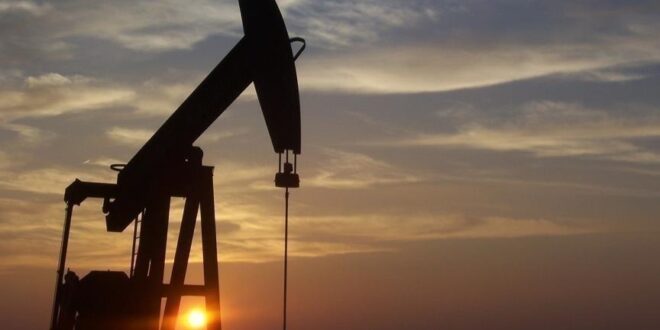 Oil prices posted gains of more than 1 per cent in Asian trade on Wednesday on falling U.S. crude inventories and a lower greenback, but concerns OPEC+ will leave output unchanged at its upcoming meeting and weak China data limited gains.
Brent crude futures firmed 95 cents or 1.14 per cent to $83.98 per barrel by 0411 GMT, while U.S. West Texas Intermediate (WTI) crude futures climbed 80 cents or 1.02 per cent to $79.00 per barrel.
Helping to boost prices, U.S. crude oil stocks were expected to have dropped by about 7.9 million barrels in the week ended Nov. 25, according to market sources citing American Petroleum Institute figures on Tuesday.
Gasoline inventories rose by about 2.9 million barrels, while distillate stocks were seen rising about 4.0 million barrels, according to the sources, who spoke on condition of anonymity.
Official figures are due by the U.S Energy Information Administration on Wednesday.
Slight support also came from a weaker U.S. dollar. Fed Chair Jerome Powell is scheduled to speak about the economy and labour market at a Brookings Institution event on Wednesday, when investors will be looking for clues about when the Fed will slow the pace of its aggressive interest rate hikes.
“Energy markets are not properly pricing how resilient the global economy remains and this week we could see an upward revision with the U.S. Q3 GDP reading,” senior analyst Edward Moya at OANDA said in a client note.
Thin liquidity and an overall lack of trading volumes towards the year-end could also be propping up the market, according to Virendra Chauhan at Energy Aspects.
On the supply side, OPEC+ is likely to keep oil output policy unchanged at a meeting on Sunday, five OPEC+ sources said, although two sources said an additional production cut was also likely to be considered, to support prices.
“Oil’s rally ran out of steam after reports that OPEC+ might end up keeping their output steady. Expectations were growing for them to seriously consider an output cut,” Moya added.
The group meets as slowing economies and Chinese COVD-19 lockdowns hit oil demand, while a nearing European Union ban on Russian crude imports and a G7 price cap on Russian crude raises questions about supply.
Gains were further tempered by continued concerns about China’s economy as data showed manufacturing and services activities shrank further in November to seven-month lows, weighed down by softening global demand and COVID-19 restrictions.
The official manufacturing purchasing managers’ index (PMI) stood at 48.0 against a 49.2 reading in October, the lowest reading in seven months, according to data from the National Bureau of Statistics (NBS).
On the positive side from China were fewer COVID-19 infections day on day and talks of some potential changes in COVID-19 movement restrictions.