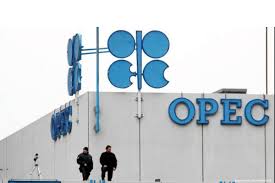 OPEC and its partners expect that the agreed oil-supply curbs will reach 99 percent in January, Bloomberg reported, citing an unnamed delegate.
The implementation among the OPEC members was at 103 percent, while it reached 93 percent for non-OPEC partners, including Russia and Kazakhstan, last month.
The compliance data is preliminary and will be reviewed tomorrow, Feb. 2, 2021, by the group’s joint technical committee.
The OPEC+ aimed to cut 7.2 million barrels a day of crude from the market in January, about 7 percent of global supplies. They agreed to increase production by 500,000 barrels from December as part of a plan to ease production cuts.
OPEC+ will hold a ministerial meeting in early March to decide on its next steps.