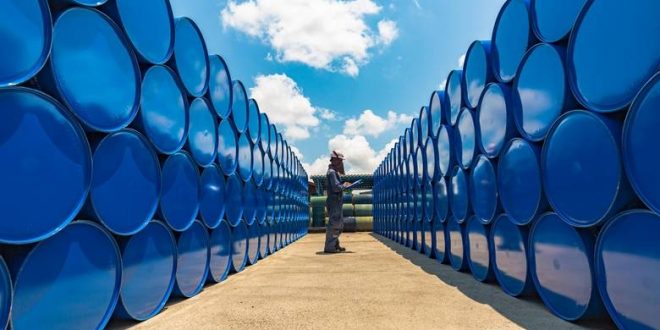 The Organization of the Petroleum Exporting Countries (OPEC) and its allies such as Russia (known as OPEC+) agreed in April 2020 to reduce oil production by 9.7 million barrels per day (mmbd) to stabilize falling oil prices.
The landmark decision was meant to stabilize and lift oil prices that were mainly brought down by drop in crude oil demand, supply glut, and insufficient storage capacity.
Although the deal provided a temporary respite by stabilizing the oil prices to near US$40 levels, it has failed to lift the prices to pre-Covid levels as oil consumption is yet to recover substantially, despite the opening-up of the global economies.
A recent poll conducted by GlobalData has largely vindicated these trends, as the respondents were divided on whether OPEC+ agreement will support the falling oil prices or not.
About 54 percent of the respondents believed that the OPEC+ agreement may not be able to support the falling oil prices, while the rest opined otherwise.
In July, OPEC+ decided to ease the production cuts to 7.7 mmbd from August due to slight recovery in crude demand, and gradual opening up of economies worldwide.
OPEC and Russia might be mainly betting on the recovery of the Asian economies led by China to soak the extra production resulting from the relaxation of production cuts.
Also, refineries in Asia generally are more complex and can process relatively more sulfur crude grades produced by OPEC and Russia.
However, despite the new-found optimism, it might take much longer for the oil prices to reach where they were at the start of 2020, as it largely depends on the extent of oil consumption, which is yet to improve substantially.
As most of the global economies are still in recovery, and the worrying signs of the possible second wave of the pandemic can keep the oil prices in check until the devastating impact of Covid-19 completely wanes.