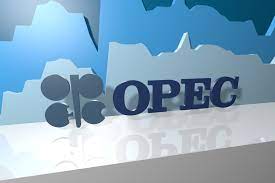 The Organisation of Petroleum Exporting Countries (OPEC) yesterday said the war between Russia and Ukraine has frightened investors from the oil and gas industry and also rattled commodity market.
Speaking at the Nigeria Energy Forum (CERA Week 2022 Agenda, OPEC Secretary General, Dr. Sanusi Barkindo, noted that the war has had an adverse effects on the energy market and also resulted in high level of volatility.
The theme of the session was: “Oil and Gas Investments: The future of fossil fuels amid the quest for decarbonisation.”
His words: “Of course, over the past 10 days or so, we have seen escalating geo-political tensions, which are still unfolding and having adverse effects on energy markets across the world, resulting in heightened levels of volatility.
“The tensions have spooked investors and rattled commodity markets. We recognise this and are following developments very closely. As an energy producing and exporting organisation, we remain fully focused on maintaining a steady flow of precious energy supplies to consumers.”
According to him, the organisation hoped that all parties involved could reach positive outcomes that would be acceptable to all. Barkindo recalled that what the pandemic has taught OPEC is the value of taking a prudent approach to oil supply and demand developments, but with the flexibility to adapt its strategies as and when needed, ultimately for the well-being of the global community.
He said: “We will continue to hold our monthly ministerial meetings to regularly review market conditions – the next one is scheduled in 20 days – and take things step-by-step to ensure the rebalancing process is sound, as we seek a sustainable stability for all.
The OPEC scribe also warned that to migrate renewables and electric vehicles is highly dependent on the supply of other critical minerals, stressing that an electric car requires six times minerals inputs than needed for a conventional vehicle with fossil fuels.
Barkindo condemned the recent calls for investments in new oil and gas projects to be discontinued, particularly in the context of discussions around net-zero targets. This is against wrong.
He insisted that the generation of renewable energy is more cumbersome and not decentralized when compared to fossil fuels based energy.
Barkindo said: “Member countries are leading the way with huge investments in solar and wind resources. We also need to be cognizant that the move to renewables and electric vehicles is highly reliant on the steady, robust supply of critical minerals, such as copper, cobalt, lithium, nickel and aluminium, many of which are produced in a geographically centralized area.
“We must also consider that the amount of mineral material needed to produce energy is higher than with fossil fuels. For example, a typical electric car requires six times the mineral inputs than that needed to power a conventional vehicle with fossil fuels, and an onshore wind plant requires nine times more mineral resources than a gas-fired plant of the same capacity.”
He recalled that OPEC and non-OPEC producers in the Declaration of Commitment took the decision to reconfirm the production adjustment plan and the monthly production adjustment mechanism approved in July 2021 and adjust upward the monthly overall production by 400 kb/d for April 2022
The decision, according to him, was informed by the data, trends and analysis and guided by market fundamentals.

Previous Can Europe Turn to Algeria to Replace Russian Gas?
Next Europe Ramps up Coal Burning with Natural Gas out of Favor