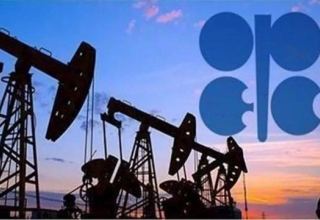 The Organisation of Petroleum Exporting Countries (OPEC) and its allies are poised to revive more halted oil production when they meet on Tuesday (Jan 4) after giving a tighter outlook for global markets.
The 23-nation alliance led by Saudi Arabia and Russia is on track to ratify another modest output revival of 400,000 barrels a day, restoring supplies shuttered during the Covid-19 pandemic, delegates said.
At a preliminary meeting on Monday, the group’s analysts cut estimates for the surplus expected in the first quarter, predicting weaker supply growth from its rivals.
OPEC and its partners have restarted about two-thirds of the production they halted in 2020, and are seeking to drip-feed the remainder at a pace that will satisfy the recovery in fuel consumption – and stave off any inflationary price spike – without sending the market into a new slump.
So far, they have succeeded, with international crude prices trading near US$78 a barrel. The OPEC+ Joint Technical Committee (JTC), which analyses the market on behalf of ministers, sees a surplus of 1.4 million barrels a day in the first three months of 2022, about 25 per cent smaller than it estimated a month ago, according to a report seen by Bloomberg.
The committee saw only a “mild and short-lived” impact from the Omicron variant, as “the world becomes better equipped to manage Covid-19 and its related challenges”.
At a separate and very brief online meeting on Monday, OPEC ministers appointed veteran Kuwaiti oil executive Haitham Al-Ghais as its new secretary-general, to assume the post in August.
Forecasters including OPEC and the International Energy Agency have long expected the oil market to return to surplus this quarter. However, the cartel is not concerned about adding barrels at a time of surplus because fuel inventories are currently at low levels and typically replenish during the seasonal demand lull, according to a delegate.
Stockpiles in developed nations were 85 million barrels below their average from 2015 to 2019 as at November, according to the JTC. Indicators on fuel consumption suggest that the extra OPEC+ barrels can be absorbed, with all but one major Asian country registering a rise in mobility month on month, according to data compiled by Bloomberg using Apple statistics to Dec 27.
Still, proceeding with the next monthly increase is not without risks for the producers’ alliance. New Year’s Eve air travel got off to a bumpy start last week, with many flights cancelled in the United States as carriers struggled with staff shortages related to coronavirus infections.
China, Asia’s biggest oil user, has shown signs of weakening fuel demand because of its relentless zero-Covid-19 approach and tough line on pollution, according to road congestion data from local providers like Baidu.
And while OPEC’s analysts see a tighter first quarter, a chunk of the surplus they previously anticipated has been deferred to later in the year. The group has said several times that it has the option of pausing or even reversing its scheduled supply increases if needed.