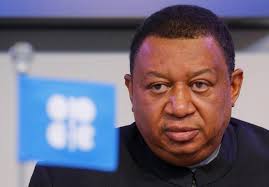 OPEC will Continue Talks on Oil Issue with US Regulator

OPEC Secretary General Mohammad Barkindo held telephone talks with the Texas Railroad Commission late on Friday, March 20, a source in the secretariat told TASS, adding that the sides agreed to continue consultations. Later the commissioner Ryan Sitton confirmed the information via Twitter.
“A telephone conference with US colleagues just ended. A successful conversation, very fruitful. Agreed to continue,” the source said, adding no details.
The sides discussed global supply and demand, Sitton said. “We all agree an international deal must get done to ensure economic stability as we recover from COVID-19,” he wrote on Twitter.
Barkindo invited Sitton to the next OPEC meeting in June in Vienna, he added.
The Wall Street Journal wrote earlier that Texas, the largest US state in terms of oil production, is considering the option of crude output reduction amid falling oil prices. Texas has not cut production since the 1970s.
Crude prices nosedived after Russia and Saudi Arabia failed to agree an extension of crude production cuts after March 2020 when the current agreements expire. Moreover, the former allies intend to substantially boost production in April, which market observers have already dubbed a price war. As of March 20, the price of futures contracts of Brent crude oil dropped below $29 per barrel, while the price of futures contracts of North American WTI crude oil is down below $25 per barrel. Texas is the center of the US shale oil production.