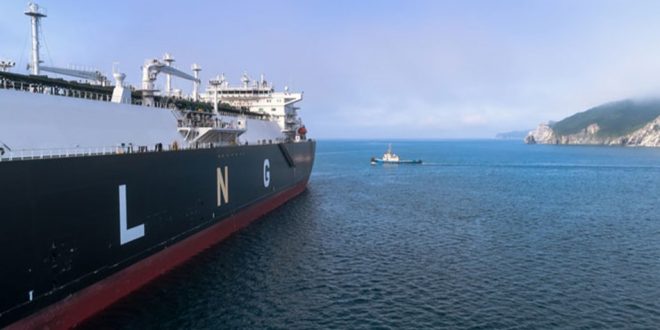 Poland would be interested in cooperating with Portugal on potential LNG trans-shipping, Prime Minister Mateusz Morawiecki said on Friday, adding that gas could be sent to other countries to help them cut their dependence on Russia.
Following Russia’s invasion of Ukraine, the European Union has been scrambling to find alternatives to Russian gas supplies, which account for 40% of the bloc’s total requirement. Moscow has also demanded gas be paid for in roubles in response to Western sanctions.
“Poland is becoming a gas hub, so if we could obtain additional gas that would be distributed either to Poland or to our western or southern neighbors, we would be most interested in this kind of cooperation with Portugal,” Morawiecki said after meeting his counterpart Antonio Costa.
Costa said Portugal is in discussions with several governments about the possibility of using the port of Sines as a trans-shipment platform for the transfer of fuel from large vessels to smaller bulk carriers better able to operate in the North and Baltic Seas.
He added that Lisbon was willing to provide Warsaw with technical support for the process.
Portugal plans to double Sines’ capacity to handle liquefied natural gas tankers and transfer the LNG on to smaller vessels to send to European countries dependent on piped gas from Russia, sources told Reuters in April.
Portugal has said that Sines – the closest deep-water European port to the U.S. coast – could be a gateway for LNG from countries such as the United States, Nigeria or Trinidad and Tobago.