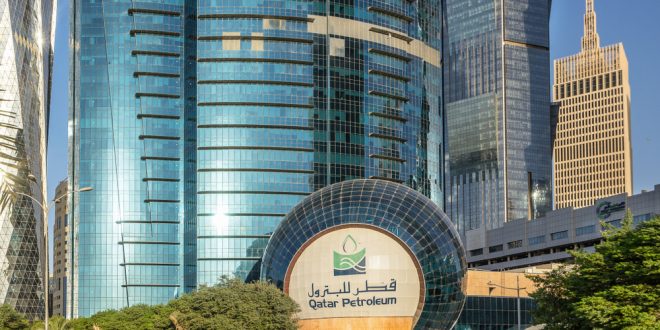 Qatar Energy, the world’s biggest producer of liquefied natural gas, has joined a group of oil and gas companies aiming to cut almost all methane emissions from their operations by 2030.
The Qatari company has signed up to the Aiming for Zero Methane Emissions Initiative, which was founded in March and counts Saudi Aramco, BP Plc, Chevron Corp. and Shell Plc among its members.
While climate pledges have typically focused on limiting carbon dioxide emissions, attention is increasingly shifting to methane as it locks in far more heat in the short term and has been leaking just as relentlessly.
“We are reaffirming Qatar’s priorities and commitments with regards to the climate change agenda,” Qatar Energy’s Chief Executive Officer Saad al-Kaabi — also the country’s energy minister — said Monday in a statement.
Historically, most of the methane released by direct human action has come from the farming industry. But over the past 50 years, leaky fossil-fuel infrastructure, much of it tied to the rise of natural gas, has become a significant contributor.
A large chunk of those emissions can be stopped, according to the United Nations, which found that as much as 80% of measures to curb leaks from oil and gas operations can be implemented at no cost.
Aiming for Zero was set up by the Oil and Gas Climate Initiative, an industry group focused on reducing the energy sector’s carbon footprint.