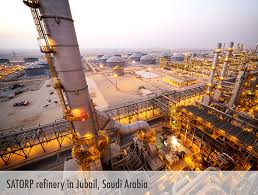 On the back of developing political and economic relations between Qatar and Turkey, the LNG-rich Gulf state has been a growing market for Turkish contractors since 2014, an official of a Turkish consultancy firm has said.
Citing data by Engineering News Record, Cigdem Ulug Kutlu, partner Shedu Consulting & International Trade, said Turkey has 46 contracting companies among the top 250 international contractors, and holds the second place after China for the number of contracting companies building the largest volume of projects across the world.
In Qatar, Kutlu said, the Doha Metro was completed by a major Turkish contractor. There are several other major infrastructure and “superstructure projects” undertaken by Turkish contractors in Qatar, Kutlu noted.
“It would be safe to claim that the contracting business is the pioneer service industry for Turkish companies doing business in Qatar,” Kutlu told Gulf Times.
She said, “Turkish contractors also create considerable demand for Turkish products in Qatari market. Once a project is undertaken by a Turkish contractor, it may create demand for some of the major export products of Turkey like building materials (steel, building chemicals, isolation material, natural stones), HVAC equipment, and contract furniture, among others.”
“Not surprisingly, these are also the industries that Turkey increased for its exports to Qatar within the last decade,” she also said.
Describing Turkey and Qatar as “complementary economies,” Kutlu said Turkey’s exports to Qatar include finished goods, such as building materials, machinery, furniture, and food and beverage (F&B) products.
Qatar’s major exports to Turkey, on the other hand, include raw materials, such as raw aluminium and mineral fuels like liquefied natural gas (LNG).
“So, Qatar is not only a major export destination but it is also a dependable source of energy and raw materials for Turkey. This is another major reason for the deepening bilateral trade and economic relations between the two countries,” Kutlu said.
Asked what makes Qatar an attractive market for Turkish export companies, Kutlu noted that the Gulf state “has been one of the fastest-growing export markets for Turkey in the last decade.”
She said several reasons include “good political relations,” Qatar’s increased demand for goods and services due to the preparations to host the FIFA World Cup in 2022, and increased awareness among the Turkish business community about Qatar.
Kutlu pointed out that the 2017 economic blockade against Qatar, “was a breakthrough in bilateral trade relations between Turkey and Qatar,” adding that “2017 was the year when Turkey’s exports to Qatar increased the most.”
Asked what sectors in the Qatari market are attractive to Turkish companies, Kutlu said: “Qatar is the wealthiest nation in the world with a GDP per capita of nearly $133,000 and offers many opportunities for its trade partners in different industries.
“Turkey exports thousands of different products to Qatar but the top five export items are F&B products, chemicals, furniture, electronics, and readymade clothes. These industries are among those that Turkey is most competitive.”