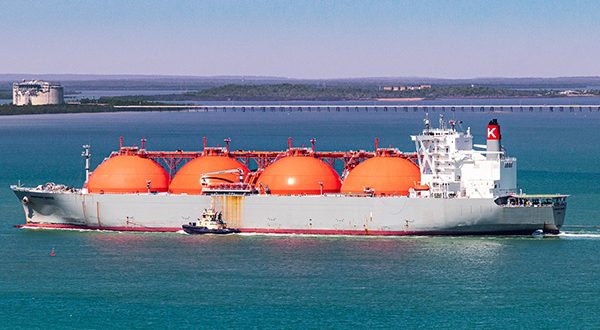 The outlook for Qatar’s future role in global LNG trade is very promising since the country has a great potential to send its LNG cargoes into Asian markets with lower shipping costs compared to other LNG suppliers, the Gas Exporting Countries Forum (GECF) has said in a report.
Additionally, Qatar has a strong global business relationship with major European LNG consumers and is securing regasification capacity in countries such as the UK, the Netherlands, France and Belgium.
In its ‘Global Gas Outlook 2050’ GECF said currently Qatar is the biggest LNG exporter worldwide with 77.1mn tonnes per year (MTPY), which accounted for 22% of global LNG production in 2020. The country is the major supplier to Asian and European markets.
Qatar is working to increase its liquefaction capacity to 126 MTPY by 2027. Post-2027, a further 55 MTPY of speculative LNG projects remain to be completed. It is forecast that Qatar will maintain its position as the top LNG exporter in the world by 2050.
While in 2010 approximately 50% of Qatar LNG was streamed to Europe and the other 50% to Asia, in 2020, Asia already accounted for over two-third (68%) of Qatari exports.
As the third-largest natural gas reserve holder, Qatar has been playing a meaningful role in the global natural gas trade that resulted from continuous and successful exploration in its giant North Field and investing in advanced LNG trains, employing the best practices in associated technologies, GECF said.
Qatar’s North Field along with Iran’s South Pars form one of the world’s largest gas fields.
QatarEnergy took the final investment decision (FID) for developing the North Field East Project (NFE) in February 2021. A $29bn project will raise Qatar’s LNG production capacity by 43%, from 77 MTPY to 110 MTPY.
A long-term breakeven price of slightly above $4/mmbtu of the project is at the bottom of the global LNG marginal cost of the supply curve. During 2021, moreover, QatarEnergy announced a new plan to reduce the emissions intensity of its LNG facilities by 25% and of its upstream operations by 15%.
The company aims at accelerating the deployment of CCS in order to capture 7 MTPY of CO2 and has set targets to completely remove routine gas flaring by 2030, and to reduce methane emission intensity to around 0.2% by 2025 for all its facilities.
“Qatar is currently one of the successful players worldwide in supplying the cleanest natural fossil fuel LNG. The country has many experiences in the reduction of methane emissions and CCUS technologies,” GECF noted.
The Middle East region imported about 7mn tonnes of LNG in 2020 with overall gas imports accounting for over 40bcm annually.
The majority of the Middle East’s gas imports were from within the region, as the main pipeline gas imports were from Qatar and Iran into their neighbouring countries. However, the volume of natural gas exported, around 160 bcm, was much higher than imports into the region, GECF report said.