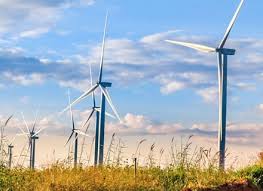 Renewable energy projects are expected to see a record investment at US$243 billion this year, further closing the gap with expenditure on upstream oil and gas projects, where capex is expected flat at around US$311 billion, Rystad Energy said in a recent analysis.
Spending on renewable projects in 2021 is set to rise from last year’s estimated spend of US$224 billion, while upstream oil and gas spending will remain basically unchanged from 2020 as companies continue to keep a tight rein on capital expenditures, the energy research firm said.
Capex on renewable energy projects globally is now estimated at just below 22 percent of the spending on upstream oil and gas projects, according to Rystad Energy’s estimates.
This year’s renewables spend will go mostly to onshore wind, which will see capex rising to US$100 billion from US$94 billion last year, and solar PV, where spending will grow to US$96 billion from US$88 billion in 2020. Offshore wind is also set for a rise in capex, expected at US$46 billion in 2021 from US$43 billion last year, Rystad Energy’s analysis showed.
In contrast, upstream oil and gas spending is set for just US$5-billion growth this year compared to the US$306 billion spent in 2020.
“Last year’s events forced leading oil and gas businesses to look at strategies to reduce exposure to the risky market amid the energy transition. Oilfield service suppliers, for instance, have started a considerable transformation, hoping to be more relevant in a greener market and become a more attractive option for investors,” said Chinmayi Teggi, energy service analyst at Rystad Energy.
Analysts expect companies in the oil and gas sector to continue prioritizing financial resilience to boosting upstream investments, as global oil demand, although higher than in 2020, will still be below the pre-crisis levels.
However, the growing industry focus on low-carbon energy solutions could leave the oil market exposed to a supply deficit in just a few years, Wood Mackenzie analysts warn.