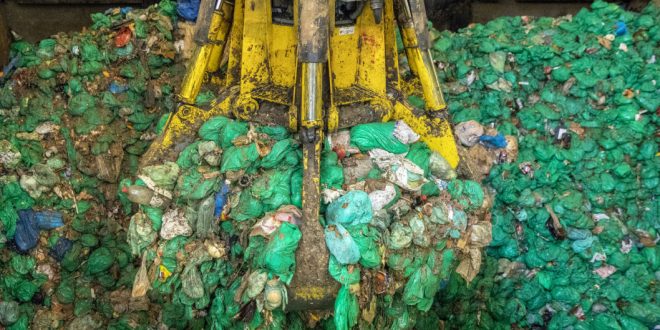 Scientists are surprised, but they see a way to stop the climate bomb.
“The amount of methane that escaped from composting digested food waste was sky high, which surprised us,” says Maria Dietrich, one of the researchers behind the study, on Nibio’s own website.
Dietrich has studied food waste used to produce biogas. Biogas occurs when food waste decomposes in an environment where there is no oxygen. The biogas contains methane, which provides energy, but which is also one of the worst greenhouse gases.
The organic matter left after biogas production – so called digestate, as it’s referred to in the field – contains many valuable nutrients that can be useful for agriculture.
Methane and nitrous oxide
The surprising finding is that when digestates are composted, they emit large amounts of methane. The emissions are almost twelve times higher from composting digestates than when ordinary untreated food waste is composted.
Digestate composting also emits more of another greenhouse gas: nitrous oxide.
Bente Føreid believes that the high methane emissions are due to microbes that remain in the digestate after the biogas has been produced. Føreid is also a researcher at Nibio and heads the RICEDIG project, of which the new study is a part.
Surviving microbes
“In biogas production, we’re cultivating a culture of microbes that produce methane. We do this to maximize methane production,” she says. In other words: The microbes allow us to get the most energy out of food waste.
“We think that some of the microbes survive and show up in the digestate. When it gets composted and the temperature rises, they come back to life again. There are always some pockets without oxygen in composting, where these microbes can form methane,” says Føreid.
Possible to reduce methane
Føreid confirms that the high methane emissions came as a surprise.
“Most of the global warming potential in the digestate has already been broken down. When it decomposes again, it happens slowly and doesn’t generate much methane. That’s why we thought that the biogas post-treatment would reduce emissions, but that turned out not to be the case,” she says.
Føreid believes that it should be entirely possible to significantly reduce the unexpected methane emissions, now that the researchers are aware of them. Maybe the compost can be heated high enough for the microbes to die, and maybe it can be covered with finished compost that can re-absorb the methane gas.
She emphasizes that there is no doubt at all that biogas production is nevertheless positive for the climate.
“The process creates biogas that can replace fossil fuels,” says Føreid.
Believes biogas should continue
Annonse
Senior researcher Kari-Anne Lyng concurs.
She states unequivocally that “what’s important is that this doesn’t mean we should stop producing biogas!”
Lyng works with greenhouse gas accounting at NORSUS – the Norwegian Institute for Sustainability Research.
“It’s very good to conduct these experiments so that any problems are identified. It’s good to look at how to reduce methane emissions from digestates,” she says.
She believes that if the process for producing biogas is as good as possible, then most of the methane should already have been extracted in the form of biogas.
“This shows that if you don’t have an optimal process, you can end up with some emissions from biogas digestate. It’s important for the industry to take these types of measurements and have a conscious relationship with them,” says Lyng.
Happy to have the information
Pia Farstad von Hall is the general manager for the interest organization Biogass Norge. She is in the process of familiarizing herself with the research in order to better understand what underlies the conclusion.
“I’m not a biologist, so I can’t comment on the scientific points , but I can speak to the need for increasing our knowledge so we can improve these processes. Reducing methane emissions is a goal and an important part of biogas production,” she says.
“Knowledge is super important, because it improves us too,” says Farstad von Hall.