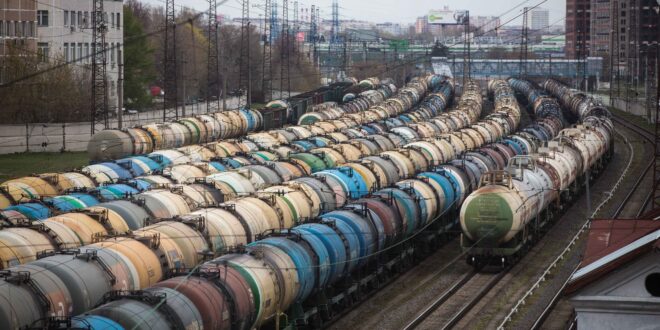 With only 3 days to go until the EU ban on Russian seaborne crude imports gets implemented, Russian oil producers are going against all expectations and have actually ramped up production in recent weeks, according to some accounts. On October 5th, the group of oil producers known as OPEC+ agreed to cut production in November by 2 million bpd, ignoring calls from the U.S. to pump more crude to keep prices palatable for consumers. The proposed cut came at a moment when OPEC+ deemed it necessary to cut production to stabilize crude markets in the face of wavering global demand this autumn.

One month later, the actual results of the proposed cuts are beginning to roll in. According to a Reuters survey, actual OPEC production in November amounted to 29.01 million bpd, some 710,000 bpd less than in October. The heavy lifting, according to the survey, was done by Saudi Arabia, which cut its November output by 500,000 bpd compared to October.
Even though, according to Reuters’ data, the group has over-complied with its output cut target, the data does not include Russia, nor any of the other producers beyond OPEC-13. Going completely against expectations, Russia, which, according to its own official figures and to data from energy intelligence firm Kpler, actually ramped up production in November.

Viktor Katona, an oil analyst at Kpler in Vienna, confirms that “Russian oil producers have been doing what counters the main narrative, namely they have been ramping up output.”
In advance of EU sanctions coming into place next week, Russia produced 10.9 million bpd in November and has increased exports to China, India, South Korea and Japan last month. Despite poor consumption data in China, Refinitiv Research data shows that Asia imported a record 29.1 million barrels per day (bpd) of crude oil in November, compared to 25.6 million bpd in October and 26.6 million bpd in September.
Even though Asian buyers haven’t joined the G7 oil price cap proposal, uncertainty about the future supply of Russian crude, and the ability to finance and insure Russian crude cargoes have sparked concern among Asian importers.

Indeed, uncertainty is the keyword in energy markets in December. With the Russian seaborne crude oil import ban around the corner, a potential OPEC+ output cut on the table, and ongoing discussions about capping Russian oil & gas prices, the supply side of the market has become even more complex.
Starting on Sunday, the OPEC+ meeting, which many expect to result in an unchanged production quota, could still yield a bullish surprise. Roughly one week before the meeting, unnamed sources reported to Reuters that they expected OPEC+ not to take additional action to support crude prices while the EU was in the process of discussing a cap on Russian crude, but just two days before the meeting, an increasing number of pundits and analysts are expecting OPEC+ to cut production again to address weak demand in China.

Jeff Currie, global head of commodities at Goldman Sachs, told CNBC that OPEC+ had correctly predicted the demand decline in November and that the group will discuss the ongoing weakness in demand in China at the upcoming meeting, stating that “there’s a high probability that we do see a cut”.

Tamas Varga, an analyst at broker PVM Oil Associates, said in a note Thursday that oil prices below $90 per barrel are “not acceptable” for OPEC+, and that retaliatory measures from Russia could also have a bullish effect on crude prices in December.

While it’s increasingly difficult to predict the course of oil prices in early 2023 accurately, it’s almost certain that crude markets will remain tightly supplied in the foreseeable future, even if Russian crude continues to flow to end-consumers.

Whether Russian crude supply will actually drop significantly in December and in the first months of the new year, and whether EU-U.S.-G7 sanctions will prove to be successful remains to be seen. Moscow has taken a leaf out of Iran’s sanction-skirting playbook and has worked over the course of the last 9 months to set up a new offshore logistics network, featuring ship-to-ship transfers and crude-blending operations to make sure its crude keeps flowing to global consumers.