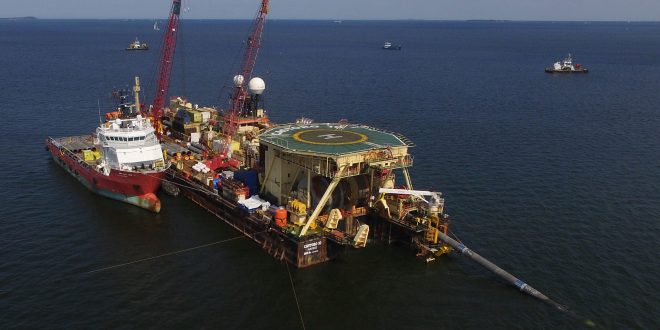 Russia on Tuesday said further sanctions imposed by the United States related to the Nord Stream 2 gas pipeline were “illegal and wrong,” especially at a time when Moscow and Washington are attempting to rebuild a dialogue.
The United States has imposed further sanctions in connection with the Nord Stream 2 gas pipeline, Secretary of State Antony Blinken said on Monday, with the latest sanctions being on a Russia-linked entity, Transadria Ltd., and its vessel.
Washington opposes the $11 billion pipeline project, which runs under the Baltic Sea to bypass Ukraine and carry gas from Russia’s Arctic region to Germany.