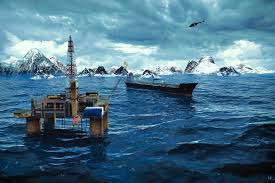 Russia’s oil output has dipped below its OPEC+ target in February amid abnormally cold weather, meaning the country failed to take full advantage of a more generous quota.
The nation pumped an average of 1.377 million tons a day of crude and condensate on average from Feb. 1 to 25, according to data from the Energy Ministry’s CDU-TEK unit that was seen by Bloomberg.
Very low temperatures in Russia’s oil heartlands have forced some fields to curb pipeline flows. The February average equates to 10.093 million barrels a day, based on a 7.33-barrel-per ton conversion ratio, which is about 77,000 barrels a day lower than in January.
The CDU-TEK data don’t provide a breakdown between crude and condensate — a light oil extracted from natural gas that’s excluded from the OPEC+ deal. If Russia’s condensate output in February is in line with January, daily crude output would be 9.153 million barrels, some 30,000 lower than the nation’s OPEC+ quota.
Russia and its ally Kazakhstan are the only two nations allowed to pump more in February and March under the OPEC+ agreement. The country’s output quota increased by 65,000 barrels a day in February, and will do so again in March. Other members of the group kept production flat, while Saudi Arabia voluntarily removed an extra 1 million barrels a day from the market.
The Organization of Petroleum Exporting Countries and its allies will meet next week to discuss production levels beyond March, with crude prices having rebounded to a one-year high. While Russia has indicated it favors further relaxation of the output cuts to avoid market overheating, Saudi Arabia’s Energy Minister Prince Abdulaziz bin Salman has urged the group to be “extremely cautious” as the pandemic still poses a threat to demand.