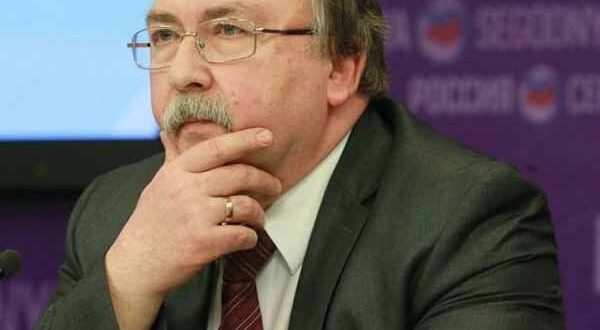 Russia’s Permanent Representative to the UN Mikhail Ulyanov has denied US allegations against Iran in the field of launching its military satellite, saying that the United States is violating the UN Security Council resolutions.

A senior Russian diplomat on Sun. showed reaction to US stances against launch of Iran’s military satellite and accused the United States of hypocrisy and double standards.

In a tweet on Sun., Ulyanov wrote, US claims that recent launch of military satellite by #Iran was a violation of 2231 UNSC res. Wrong interpretation. But there is also a different curious aspect- the US attempt to build on the resolution, which it undermines by all possible means. Double standards and hypocrisy.

Russian Foreign Ministry Spokesperson Maria Zakharova on Thu. in a reaction to the success of Iran in launching ‘Noor-1’ military satellite into orbit emphasized that Iran’s move in launch of its satellite does not contradict the UN Security Council’s decisions with regards to Iran’s nuclear program.

She noted that neither the resolution nor the 2015 Iran nuclear deal restrict Iran’s right to explore space to peaceful ends.

As Iran’s first military satellite, Noor-1 satellite was successfully launched from three-stage satellite carrier named ‘Qassed, means messenger’ on Wednesday by the Islamic Revolutionary Guards Corps and was placed into the orbit at an altitude of 425km.