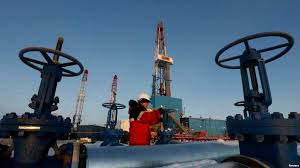 Russian natural gas deliveries to Germany through the Yamal-Europe pipeline dropped sharply on Saturday, data from German network operator Gascade showed, adding pressure to an already tight European gas market as it heads into peak winter demand.
It was not immediately clear why flows were down through the pipeline, one of the major routes for Russian gas exports to Europe and which traverses Belarus. Russian gas exporter Gazprom did not immediately reply to a request for comment.
European gas prices have surged this year as demand spiked globally in the post-pandemic recovery. Russia, Europe’s key supplier, has said supplies under long-term deals were met in full, but has not added volumes for the spot market.
Gazprom sends gas to Europe via a number of routes and is booking extra capacity – or volumes which come on top of firm contracts – at auctions for delivery via Ukraine and to Germany via the Yamal route.
Flows at the Mallnow metering point on the German-Polish border on Saturday fell to an hourly volume of around 1,200,000 kilowatt hours (kWh/h), from an average of 10,000,000 kWh/h on Friday and around 12,000,000 kWh/h on Thursday.
Russian gas supplies to Europe are closely tied with levels of gas in Gazprom’s storage at home. The company this week started to lift gas from its underground facilities in central Russia, with peak consumption expected in a month.
Levels of flows and their direction on the Yamal-Europe pipeline are managed according to customers’ requests.