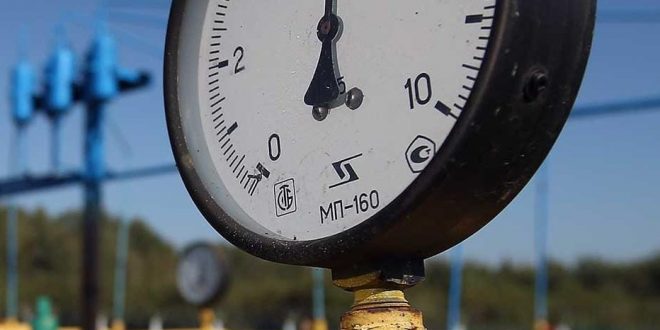 Increased China purchases of Russian natural gas will not make up for the loss of the European market, but their real importance to Moscow will be as a channel for necessary goods in the face of strict Western sanctions, according to a leading energy analyst.
The European Union and Britain have said they are determined to end their reliance on Russian gas following the invasion of Ukraine
But China, the world’s biggest single energy consumer, opposes sanctions and said its trade with Russia, including oil and gas, would continue.
However, even in the most optimistic scenario, the future volume going to China could only be about two-thirds of the current volume of Europe.
And the total revenue would be no match for the loss from Europe because of the low contracted price, said Tatiana Mitrova, research fellow at the Centre on Global Energy Policy, Columbia University.
“They are definitely not able to offset the whole exports which are now going to the West,” she said on Saturday on the sidelines of the Doha Forum in Qatar.

Russia exported 16.5 billion cubic metres (bcm) of gas to China in 2021 via pipelines and in the form of liquefied natural gas. There are plans to significantly increase pipeline capacity to almost 100 bcm and boost LNG sales too.
However, Russia is exporting about 170 billion cubic meters (bcm) of natural gas to the European markets every year and the prices for the two buyers are “dramatically different”, according to Mitrova.
But given the sanctions and isolation that Russia was facing, cooperation with China would be more important in terms of providing products in exchange for gas, she added.
“You remember this ‘oil for products’ programme in Iran? It’s rather moving in this direction, not about trading, but just about providing the inflow of the most necessary goods and products.”
Less than three weeks before Russian President Vladimir Putin invaded Ukraine, he secured a series of oil and gas deals worth an estimated US$117.5 billion in total during a visit to the Beijing Winter Olympics.
The most significant one was for Russian gas exporter Gazprom to supply China via a new pipeline from the far eastern island of Sakhalin to China’s northeastern Heilongjiang province.
When the line is in operation by 2026, the annual supply of pipeline natural gas from Russia to China will rise to 48 bcm, nearly five times the 2021 figure.
Additionally Gazprom is making preliminary preparations for another pipeline through Mongolia, which could provide another 50 bcm a year to China once up and running.
Meanwhile, European states are rushing to find replacement of the Russian gas, and Qatar, the world’s largest LNG exporter, is viewed as a potential alternative.
On Saturday, Ukrainian President Volodymyr Zelensky addressed the forum via a video call, in which he called on energy-producing countries such as Qatar to increase natural gas supplies so that Europe no longer relied on Russian gas.
“I ask you to increase the output of energy to ensure that everyone in Russia understands that no country can use energy as a weapon and blackmail the world,” he said.
But Saad Sherida Al-Kaabi, Qatar’s energy minister and president and chief executive of state-owned QatarEnergy, said Russian gas, which accounts for 30 to 40 per cent of Europe’s needs, could not be replaced by other sources overnight.
“Immediately, I don’t think we can help, and nobody can replace [Russian gas],” he told the forum.
Most of Qatar’s LNG – probably 85 per cent – was going to Asia under long-term and non-divertible contracts, he said.
China is also the number one buyer of Qatari LNG, followed by Japan and South Korea.

Previous Iraq to Resume Oil Agreement with Jordan at $16 below the Market Price
Next Iran Makes due Studies on Developing, Drilling in Arash Gas Field